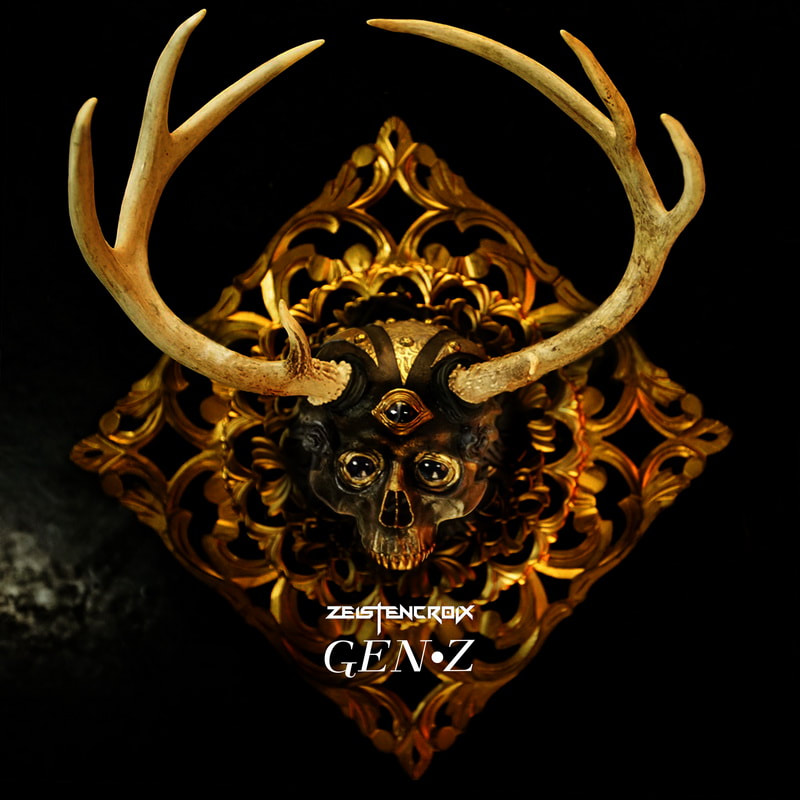 Long time not heard any industrial album? Zeistencroix from Los Angeles will mix up your brains a bit as they do with their music sound - only as much so you can understand of what`s going on in songs...
​
Of course, Gen Z is full of strange, electronic mish mash that play as important role in songs as mechanically played drums, bass and guitars (Boom). I am glad that the band has something that I could call a core of the music, so individually, certain tracks  differ from each other the way the band approached them.
Gen Z has several loud, industrial-metal driving songs like Sick for which they made a visually spectacular video clip that I am sure, can bring a floor to a psycho-orgasm when they play it live...
Other heavier songs like Dub and Blame bound electronic coldness to metal and shattered dark/pop music pieces. Seems that they mixed it in techno dj style sometimes.
Guitar "crusher" of the album is Fallen Prophet.
漢字 Kanji is based on guitar rhythm that is similar to song Kashmir of Led Zeppelin - Zeistencroix plays it in manner of Rammstein which also refers to mentioned song Sick...
Second best track of the band is Wake Up which is clearly calmer song that operate on emotional, melodic vocals and blurred guitar groove.
Mr. K is a darker track with strange, repeatable metallic effects going on in the song.
Another very atmospheric track is In Myself - bass and drums are accented in music whilst all other instruments are strong constructors of this track.

A surprise of the album are vocals that sound melodically but singer has a  kind of dark aura to his voice. Seems that he did not put his voice through many sound-distortions (if any) which actually let me more enjoy the real music.

It`s been a while since I heard industrial album and this one gives me a kick. It`s a reminder that industrial is very interesting genre of heavy music. All techno/electronic influences are well fitted in proportions to metal that Zeistencroix mixed in their songs.
It`s a good album that ends with moody song Far Away - vocal, acoustic guitar...
Tracklist: