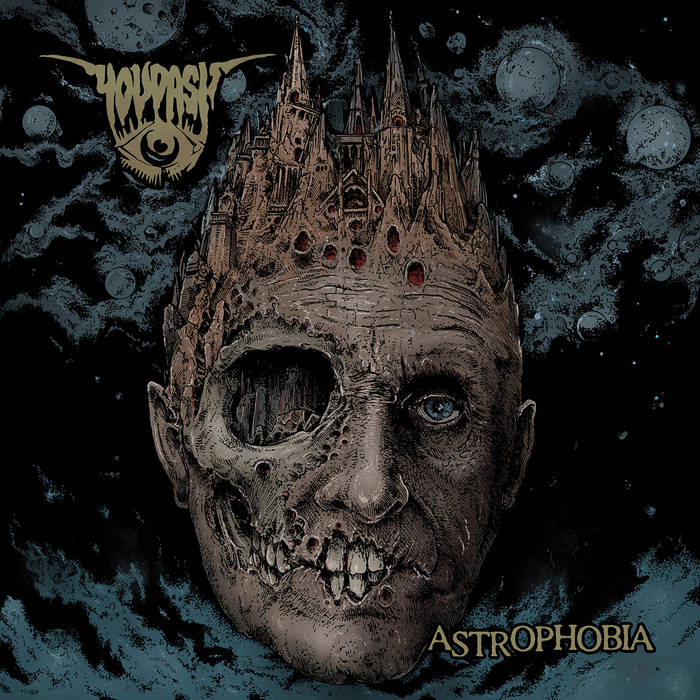 An author of the front cover is Rafal Wechterowicz better known for co-operation with Slayer, Metallica, Slash and Machine Head...

This album has been surrounded with quite promising headlines before and after its release. When I have done my first approach I could easily agree with most opinions on Astrophobia but naturally I have my own view on the subject.

First of all, when people talk about technical, progressive metal albums today, it often has completely different meaning than it was 20 years ago for example. At the time technical bands were Cynic, Atheist, Violent Dirge and everything was more attached to one genre. The music has evolved so much through time that nowadays it`s more like a hybrid of genres than consistency of just one. However, some bands, including Youdash are able to keep their massive music tight and get interesting effects, especially if it`s not mainstream-appropriate. Astrophobia is a battlefield for experiments where you get tech-death, a bit of thrash, hard core, and something what I call a cyber metal. Not shocking but they have a weird song structures and anti-harmonies which are their tools to break up with any boundaries that could stop them from music development. I also do not think it`s their purpose to play against any rules of music logic because they have arranged a lot of rhythmic songs which sound more natural even if just for a while. The point is that their desire to add something weird to almost each song seems stronger than their will to do not. Maybe that`s why this album is odd sometimes but more likely it`s positively fucked-up which is a privilege of music explorers I assume.

It`s not easy to memorize music of this band from Southeastern Poland. When I wake up next day I barely remember anything about it. It feels like my thoughts were left off in another dimension or sucked into other cosmic phenomenon. This is a type of album that you live a moment with, and you know it`s good, only when you play it in present time when it most disturbs you. You can whistle Iron Maiden songs but doing same thing with Youdash brings much more difficulties like figuring out the numbers by beginners of math.
However, I am pretty sure that connoisseurs of energetic, tech-prog death metal should be satisfied when testing this album again and again which I am going to do countless times because they deserve it.

And one more thing...I do not think Astrophobia is influenced by Dillinger Escape Plan, Dysrythmia, Gojira as the band or many other reviewers say. It`s similar direction and these are my fovorite bands but if you listen Youdash with attention you quickly realize they have started to write the music on their terms right with this album. They haven`t turn into mother queen of almighty Aliens yet but they are capable to go for it with this and next releases... I really am glad they BRING IT (!!!) from Poland. 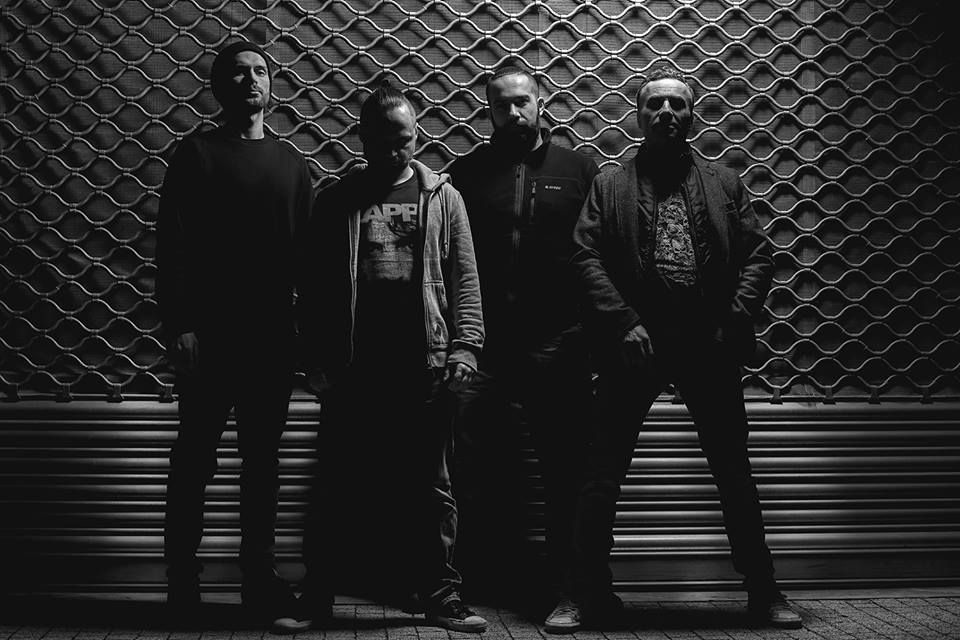