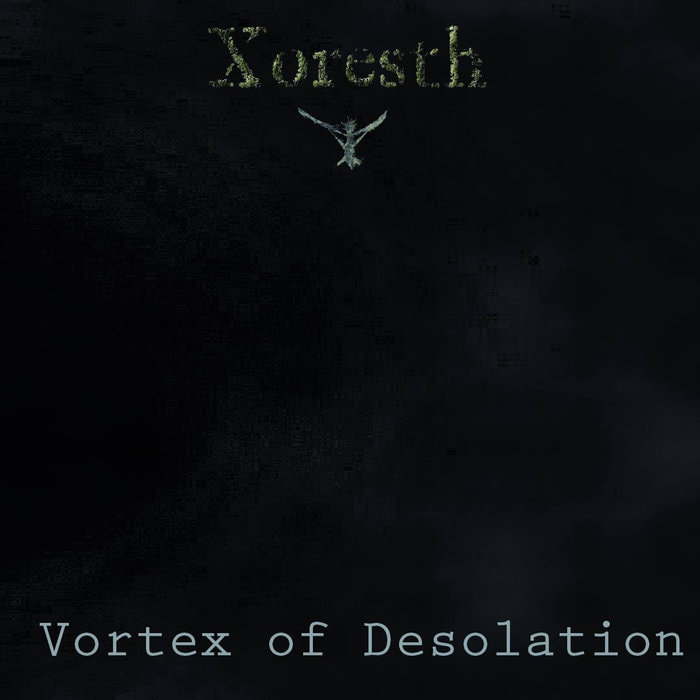 Xoresth has started out in 2013 as one-man band (founded by Dorukcan Yildiz). During next years, other members have joined this Turkish funeral doom metal project. Vortex Of Desolation has been already recorded with 3 instrumentalists, also involving a fourth person who seems only responsible for lyrics for Xoresth.

All tracks on the album are very slow ones which is obvious by term -  funeral. Songs with numbers 1 and 2 sound very cold, horrifying and intense. This album can throw your mind into oblivion, where you can meet the worst human fears, driven by curiosity to discover the unknown worlds of human imagination which is reflected by music of this band. Slow, steady drum beats, ominous sound of synths and terrifying vocals, these all evoke despair, endlessness of hopelessness, which sometimes could be petrifying, if you are trouble minded person.  The third track is instrumental, you can hear no distortions to guitars, and mysterious sound of synthesizers is what leads the track towards the end. This song sounds friendlier to human ears and it`s easier to comprehend the music. But I prefer first two tracks because they are more hostile (think about how you might feel in a cosmic universe) and when I listen to it, my imagination awakes...

This album does not sound convincing at all. It`s unfortunately a typical home-made record, but the music is more interesting factor and rewards the time spent to get to know this album. I`ll surely listen to Vortex Of Desolation sometimes again...

1 Illusion Before The Matter
2 Vortex Of Desolation
3 Nefes