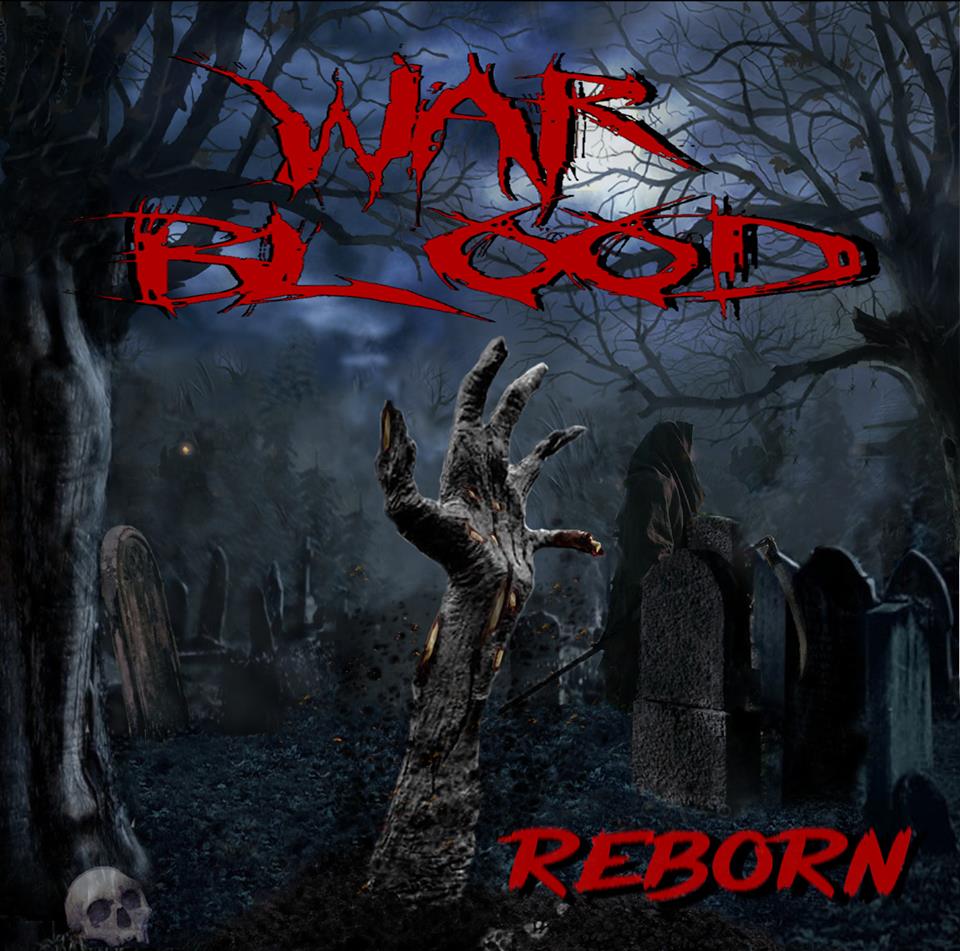 War Blood is ex G-Hud which released an album First Blood few years back. I think new name sounds much better than previous one and the music itself is a bit different to what they have done before which is another good reason to do so. You can`t change the past even if you were strongly attached to it (as G-Hud they have been out there since 2001) but you can do better for the future. So, here it is; War Blood.

Reborn is the album with 8 songs which have aggression of thrash and brutality of death metal. The band plays a lot of solos in this album which is one of the strongest point of Reborn alongside vicious and brutal riffs. Track like BFTC is a good example of death and thrash metal mixed together.  Locust is a chaotic song but have good intensity and some progressive death metal moments. High Tide follows the path of previous song in manner of brutality and a shit lot of storming riffs (if you like Krisiun).  Little of technicality that they put into music is actually what the other song needed which is COTG that also has some industrial music vibrations. All For You is a slower and heavier death metal song with faster thrash riffs in the middle of the song and some melodies in the end. Sweet Venom is fast track with blast beats and another fine solo. Next one; Are you dead? is a death metal tornado of speed and ferocity.  The last one – Suffering is a melodic death/thrash song which heal your wounds after the battles you possibly went through when listened to all previous songs.  The longer I played the record the more I get used to think that the band leans toward death metal as their new direction but surely, they remember about their thrash roots. They use more death metal vocals, which they do better than in times of G-Hud and that album they released. The vocalist by the way is also a member of folk metal band Diaboł Boruta but his vocals are not fairy tales.
I must write that some of those songs in general can really grab you by the throat, so music wise it`s good album even if it`s not perfect.

There is one thing that is clearly negative for this record. It`s how bad it`s been produced and executed. The final sound is flat and messy and because of that, good songs suffer lack of quality. It`s one but important factor that automatically ruins the record a bit but unfortunately it`s important one if you think to move on with the band which they could have, but only if they had used fully functional professional studio for this record which they did not...