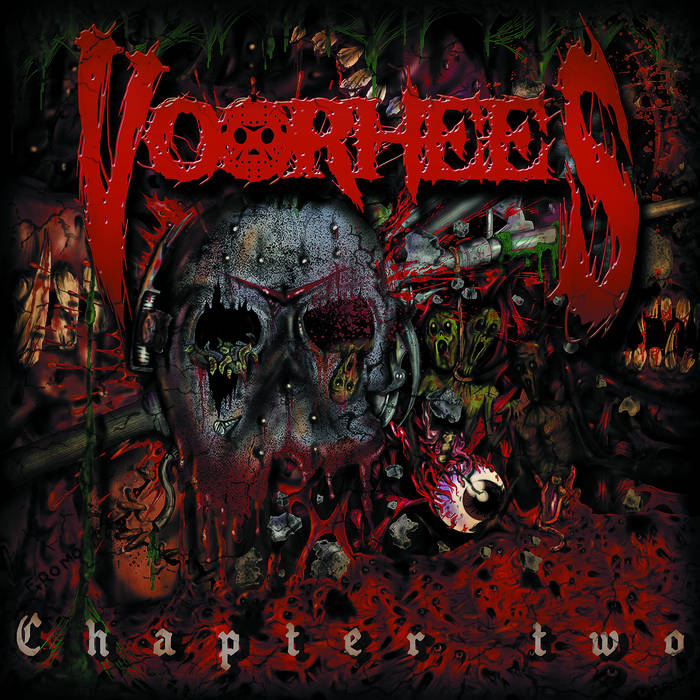 If you want to listen to some old school sounding drums - without super speedy moments, in convention of death metal, this album has decent amount of it which, I particularly like in track called Reanimated.
Album also features flexible growling vocals, heavy guitar rhythms and leads, in the vein of old Death - track My Horror Event.
Chapter Two was mastered by Dan Swano in Unisound studio, so, the band captured a bit of Swedish death metal sound with good dose of guitar melodies, as in song The Will To Kill.
Evil To Come, reminds me stylistically Massasscre`s From Beyond album when comes to guitar work. Faster and tightly composed track is Voorhees II which has some Vader`s old school vibe.
If like what you read, you should pick up this album for yourself where you can expect more old school death metal songs which do not always bring a though - “...I heard it all before...”, at least, not that much. Voorhees, which is about old school metal songs has familiar riffs in their music, from the past times of death metal genre which, just make the album sounds better, but mostly, they play like Voorhees – a French death metal band.
The album has solid, brutal foundations transferred to the sound and song writing by all band members. Music sometimes reeks of primal death metal style which is all about to like, if performed like songs that I have already mentioned.
​Chapter Two is averagely mid-paced album, feature guitar solos, a vocalist of Voorhees sounds little like Jan-Chris of Gorefest in song The Lucky Ones Die First but that`s about it. ​Voorhees know what good death metal album is about, they have done it.
Tracklist:

1 The Lucky Ones Die First
2 My Horror Event
3 Evil To Come
4 The Will To Kill
5 I' M The Man Who Became God
6 Voorhees II
7 Reanimated
8 Into Darkness
Review by Slawek Migacz
​Added: 11.04.2020
Great Dane Records
Home Page