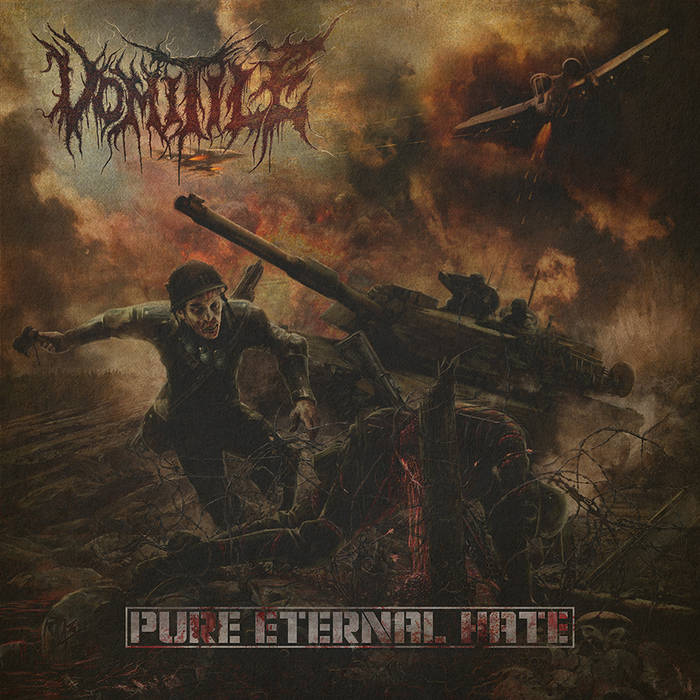 Not every day you can hear a band from Cyprus that play death metal, which is rare, even for European person like me. It`s their third album and initially, I did not expect to hear anything special but extreme people of metal; this album is a killing machine. What a surprise.

Pure Eternal Hate consists of 10 songs that guitar wise, sound almost as Swedish death metal. Not as first Entombed album, more in the vein of later Grave or Aeon which are low tuned bands but not that much. So, Vomitile takes it from there, eventually, and bring it to you with very mature sounding death metal songs. The album is pretty much the essence of what death metal is about. They manage to play heavy and very groundbreaking riffs that are just so brutal. But that is not enough. You can hear that their music leans toward melodic areas that take form of furious death metal which is a blast to hear. It`s still not satisfying for them. You like intense and technical death metal? Here you go. They blend American (Deeds Of Flesh, Suffocation) death metal elements (fast drum beats, complex music structures) with European (mostly!) extreme metal. This mixture spreads havoc and music will exterminate your nearest population, rightly so - your neighbors probably hate you already for playing them this album without mercy and early warning.

Guttural and growling vocal frequencies sound really confident here and I can recognize words, which is why I can tell you this; Vomitile wants to kill you! They have 100% death metal lyrics –  threats floating around.

There is so much going on in this album but there is no chaos, no random and stupid arrangements. Music is solid, very consistent and songs seem under full control of the band which obviously is their weapon of destruction. Vomitile won`t waste a second of your precious time because they have this old&new death metal approach, by which they can conquer you all. At the same time, I want be there, to watch how they destroy you all live.

I am surprised that decent death metal album can be so enjoyable and fresh. I adore them in their efforts. Pure Eternal Hate!