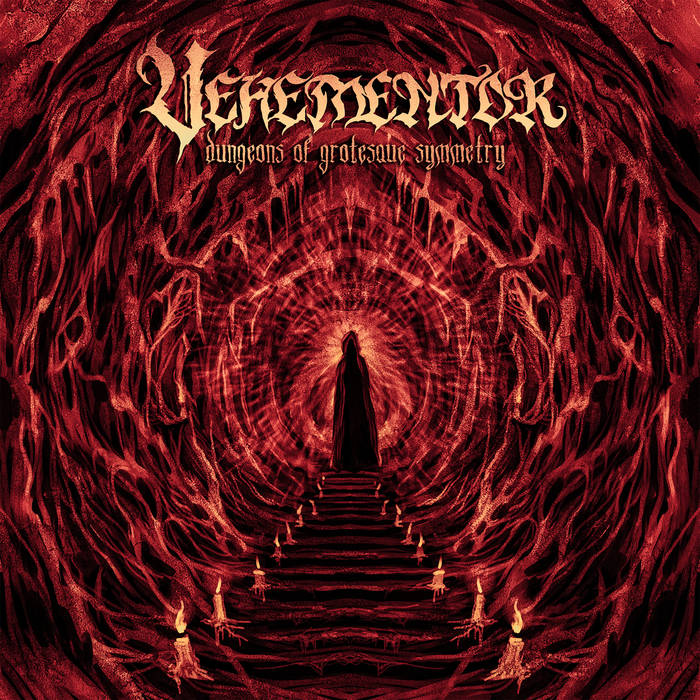 To hear a metal band from Macedonia seems like rare opportunity but, here they go...

Vehementor recorded groove album that is not that much about aggression, but good song-writing. A vocalist sings with harsh-growls and he is dealing with spiritual and dark matters in lyrics which seem more suitable for black metal band that I think Vehementor is not.
Album is averagely middle paced but features faster song like Lay Low Stay Down with cool refrain. Guitar-playing on the album compile heavier thrash metal riffs with shreds that are not played fast, all in order to achieve a certain climax in songs. It may not always works throughout the whole album but it does for some really good tracks like Hate, The Stronghold Is Yours, Notorious (!!!) that have dark atmosphere or ominously sounding guitars or both. These are my 3 songs that made me realize that this album has tracks that are well done and most of them are mainly based on guitar groove .
More melodic song is Reaper that opens the album. Cursed Sensation has nice shredding guitars which is pretty enough to like another song of this band. If you dig Meshuggah, you should hear closing track of the album-Burden, which follow some riffs from Bleed song of that Swedish band.

Dungeons Of Grotesque Symmetry should please fans of darker and thrashier groove metal, less those of you who`d like to hear a lot of melodies which are minority of the album . The other advantage of the songs and music is good sound production.
​Tracklist:

1 Reaper
2 Lay Low Stay Down
3 Notorious
4 Cursed Sensation
5 No Way
6 Hate
7 When Death Is Near
8 The Stronghold Is Yours
9 Burden
Review by Slawek Migacz
​Added: 13.03.2020
Satanath Records
​Facebook