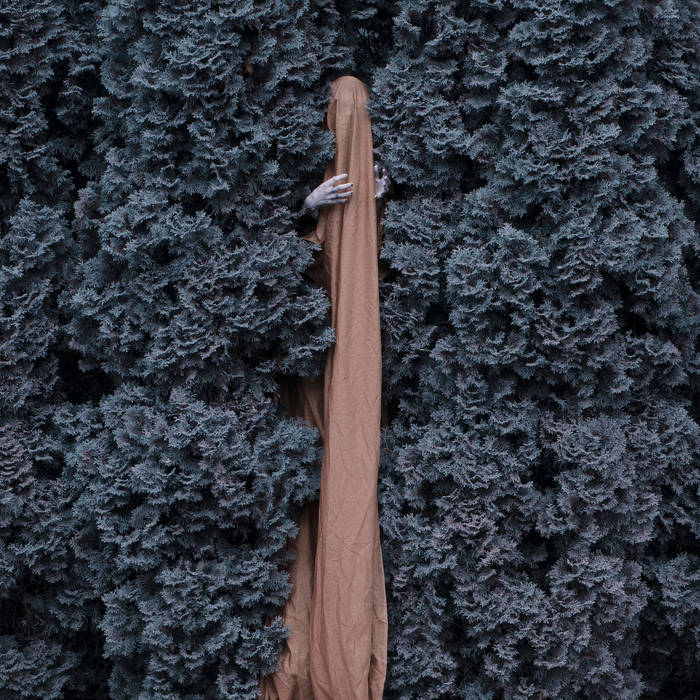 It`s time for an album of Australian Vagrond. Ruin was composed by Mortcer; guitars/bass and Atheos, who played drums and performed vocals. The band was formed in 2006 and it`s their fifth full length release.

First, few sentences about the vocals on this album. Atheos sings in bitter-sad black metal style with tones of desperation and torment in his voice. Vocals not always make me feel comfortable because I can sense a lot of negativity therein, not only in lyrics but the way the vocals are expressed are nothing to put a smile on your face , however, Atheos sounds pretty convincing to quality of the album.

Musically, the band feels good in genres such as depressive (not suicidal) black metal where comes to atmosphere of the album, lyrics, and post metal which is more to the sound side of it. Certainly, the album is also very doom metal-has no fast songs at all, in slow and mid pace the band`s melancholy and sorrow are the heart of the music that testify to Vagrond`s hunger for creativity. The band holds to negative emotions that they create with slow drum beats while guitar riffs and chords accumulate the hopelessness, the fate and degradation of mind and body of human existence in processes of greed, creativity and self-destruction, among other themes... Songs of Vagrond can surely be thorns to your sensitivity on many more levels, but foremost, they bring you no hope when listen to the music.

My best moments of the album are first melodic minutes  in track Moment, as for me, they reached here the perfect symbiosis for their music, playing their very best and sounding great.
As for my favorite tracks I go for melancholic and doomy song Fragments. Tracks played super slow and where the atmosphere of music is bleak and deeply emotional are Detachment and Confined. The album also  sounds very solid because you can notice the fact that rhythm and lead guitars can take so many different music paths, not at the same time, and this feeling of exploring the songs is better that knowing what comes next...

Vagrond has something terrifying in the way the band can draw you into their musical waves, making your imagination flow through dangerous waters of their slow crafted songs. Ruin can sounds horrific at times and it`s good album with quality music and well done production to it.
Tracklist: