​Unhold
Here Is The Blood
Czar Of Bullets 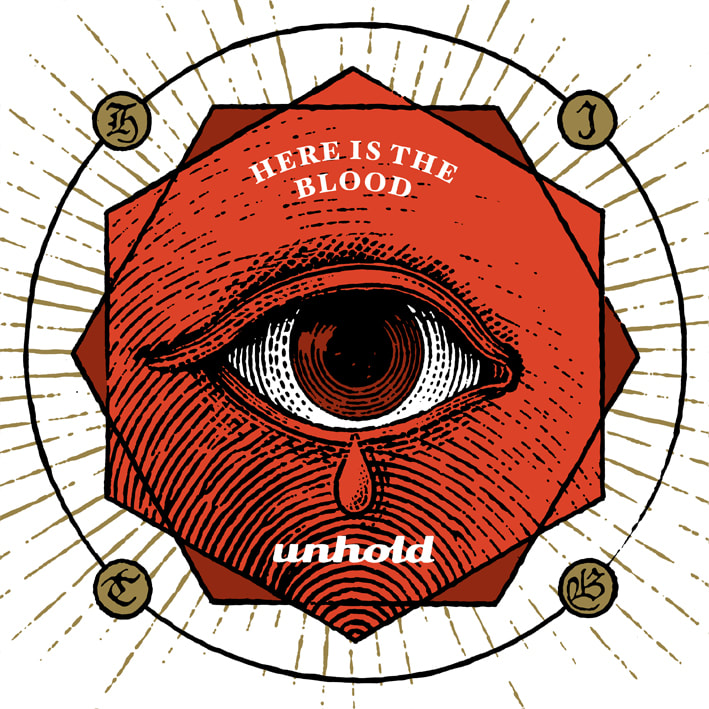 Here Is The Blood is already the fifth album of Unhold, which is a sludge/stoner band from Bern/Switzerland.

You can listen to 8 different songs played at hypnotizing, slow-medium pace. Funny, you could say that the metaphorical smoke that surrounds their music never falls out of the weight of their songs, but there are indeed, quite few tracks that put me in a good mood.

One of such track is the song called Curse Of The Dime. The hardness of sound, tasty guitar harmonies and nicely measured melodic vocal lines are very interesting to hear throughout this song. The music here has a lethargic heaviness and bit of sublimity which highlights the album for me.

The other song is Altar that has amazing guitar rhythmics (few echoes of Until it sleeps by Metallica) and turbulent sounding vocals.

There is an amazing atmosphere in Attaining The Light.  Here, the dense of musical rhythm will take you from the burden of earthly existence to the extraterrestrial orbit of limited happiness. This and many other songs are sometimes underlined by subtle synthesizers, lead by male and female singers. I think, this mix of different vocals have frequently similar, but good impact on music of Unhold. I am glad to hear minor, post metal vibrations in music of Unhold sometimes which certainly elevates the quality of the album.

A few songs of the band  are briskly played tracks with whole lot of groove on guitars as in Pale song , which is the one that I recommend to check out. The Convoy song on the other hand is the heaviest track on the album with some extra heavy pounds to the riffs, just bloody good song.

Deeper Inn is kind of dreamy track, wrapped in music shades of gray and hopelessness but Europeans are masters in expressing kind of melancholy, less optimistic vibes through music, which is what applies to Unhold in this track too.

The production of the album has all the standards that are required to sound solid and professional. Musically, Here Is The Blood is a successful combination of sludge, alternative metal (Hunter) and stoner but to some extent in the reasoning of persuasion of their music, your individual understanding ov this album could go deeper...