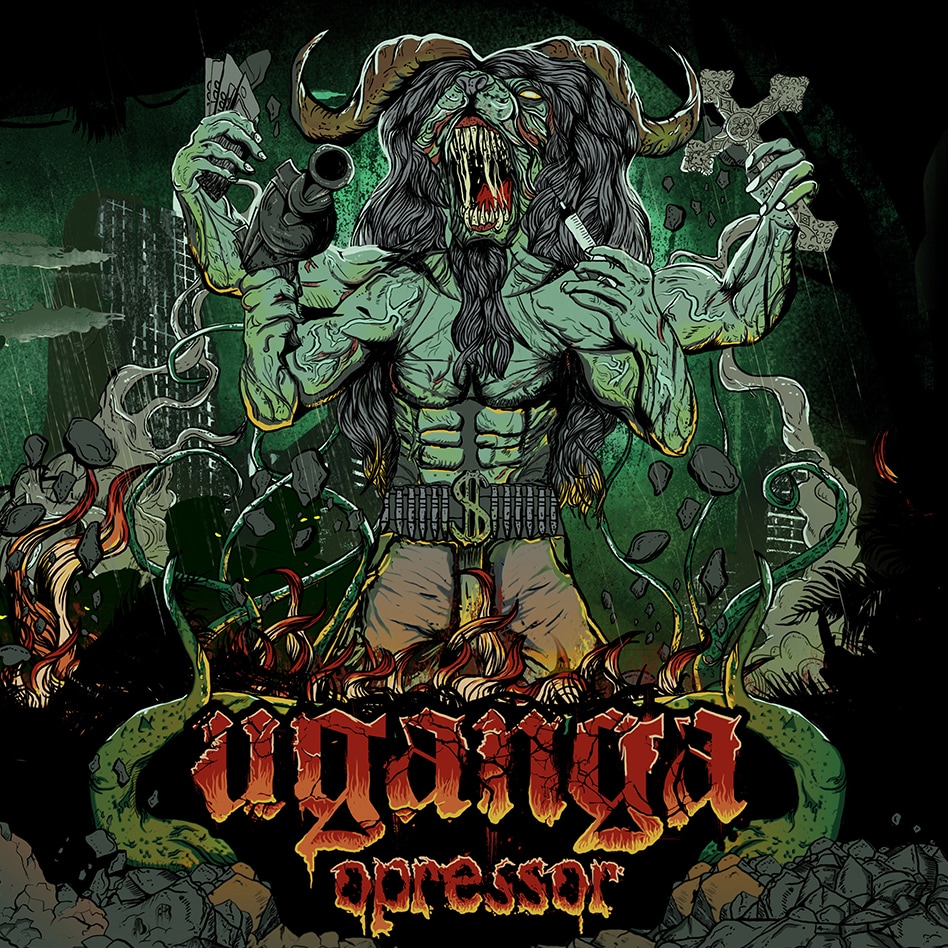 This is Uganga`s exclusive release for European market after their tour over Europe few years back which has earned them a bit of recognition. Especially for this occasion the band prepared a brief overview on album`s lyrical content where they explain and give you a few hints on what`s the songs are about, in English, on the booklet of the album. Originally they sing in Portuguese on the record so it clearly makes sense for people around the world if they wish to have some insight on the lyrics. Some songs are about children-drug addicts-(Moleque de pedra)-about so called zombies, wanderers of Brazilian streets. The other about concentration camps (O Campo) which was inspired after they have visited one of death camps on their European tour. Uganga`s touches quite few heavy topics on the album but in fact, Opressor is sung almost entirely in language that I do not understand so just move on to the music next, shall I?

From the first moments of the music you can hear they have slightly different sound than many bands out there, especially the ones from Europe. Production is rather niche but when you realize they are highly influenced by old school hard core scene with very thrashy edge to it, a little dirt and simplicity of the sound is justified. Around 90`s, it was the era when bands like Agnostic Front, DRI,  had social attitude in texts and Uganga is kind of band  that reflects that time but still, we live in 21st century and newer sounds and ideas are certainly there with Opressor. The easiness of punk songs they have and mixture of thrash core, have quite few interesting moments that follow my interest in music. Also the long list of guests that played on Opressor is impressive. It is worth to mention musicians of Macbeth and Genocido that took part in recording process, and there is much more names to come if you dig in. Cover song of Vulcano is their tribute to Brazilian thrash veterans and friends. These are influences and thrash side in Uganga`s music which however, is a compilation of different styles/genres and they keep their music in tribe of South American rhythms and heavy metal roots. Noite is a track that showcase that native Brazilian influences the most with conga drums and as you know this type of instruments have been praised by Sepultura before which is always nice to hear. Uganga have either way aggressive and melodic songs, calmer and rough and very well composed after all. They purposelessly measure their style to be known as “Uganga`s” and I do not know...maybe it is just me but... It`s a good album and I am sure those guys are company to laugh with. 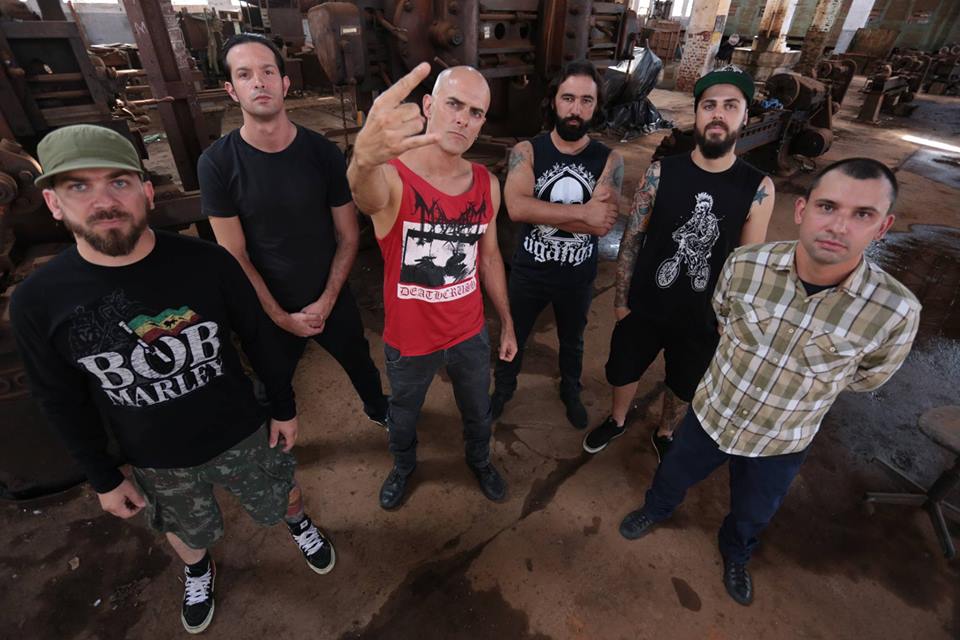