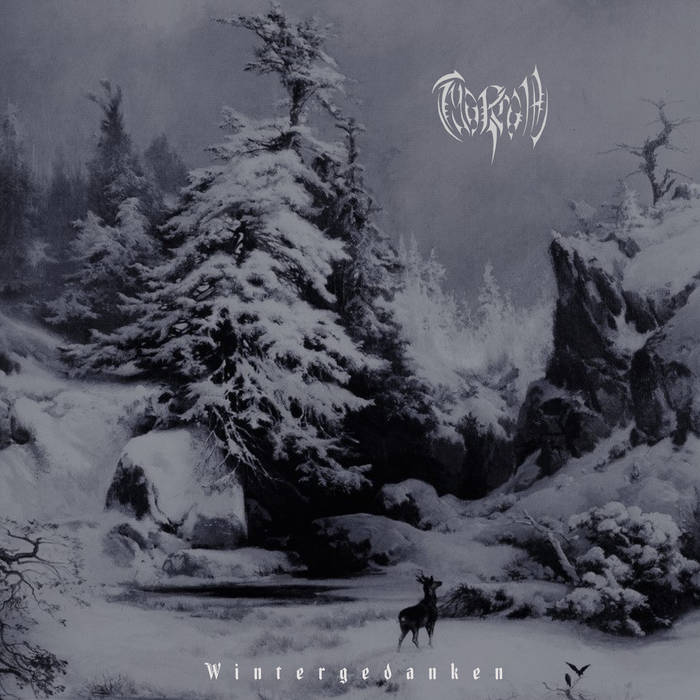 The band comes from Germany and has 2 members who are involved in creativity of music. The album consists of 7 songs which 3 of them are sort of intros. Most interesting of them are tracks with numbers 1 - piano, 4 - dark song with bell tolls and cool atmospherics, also conveyed by medieval type of vocals. Those intros seem quite important for this record and I dig it as much as I try music. It`s the album that suppose to capture the atmosphere and aura of Winter which for this record actually means that they used epic black metal songs to try to achieve that.

For CD design there have being used paintings of Thomas Woram which show really stunning winter landscapes images that correspond with the music of Tyakrah. So, the album cover and the music are the obvious signs to your brain that maybe the coldness of music is going to bite you. But actually this album does not; it has no hooks or anything like that. Instead, Wintergedanken offers decent epic black metal songs that also sound raw and sorrowful, with little dreamy atmosphere upon the music (track 2). There are some aggressive and grim black metal moments in songs and I think the most representative of them is a third song but they always try to have some epic feeling in each song which they also bring in a fifth track. With all intros, comes a sixth song which beside track 2 is my best off song of the album. This time it`s basically combination of epic and harsh black metal which is average of what they offer on this album.
Standard black metal vocals sound OK but when they try “normal” ones for a while , it just turns out dull and unnecessary.

It`s no surprising black metal album that has not too good production but if you like time travels of your mind then perhaps this record could remind you about early era of Enslaved or Norwegian black metal which by music is often connected with attributes of nature, especially winter. The difference is that Tyakrah use German vocals.