Total Annihilation
…On Chains Of Doom
Czar Of Crickets Productions 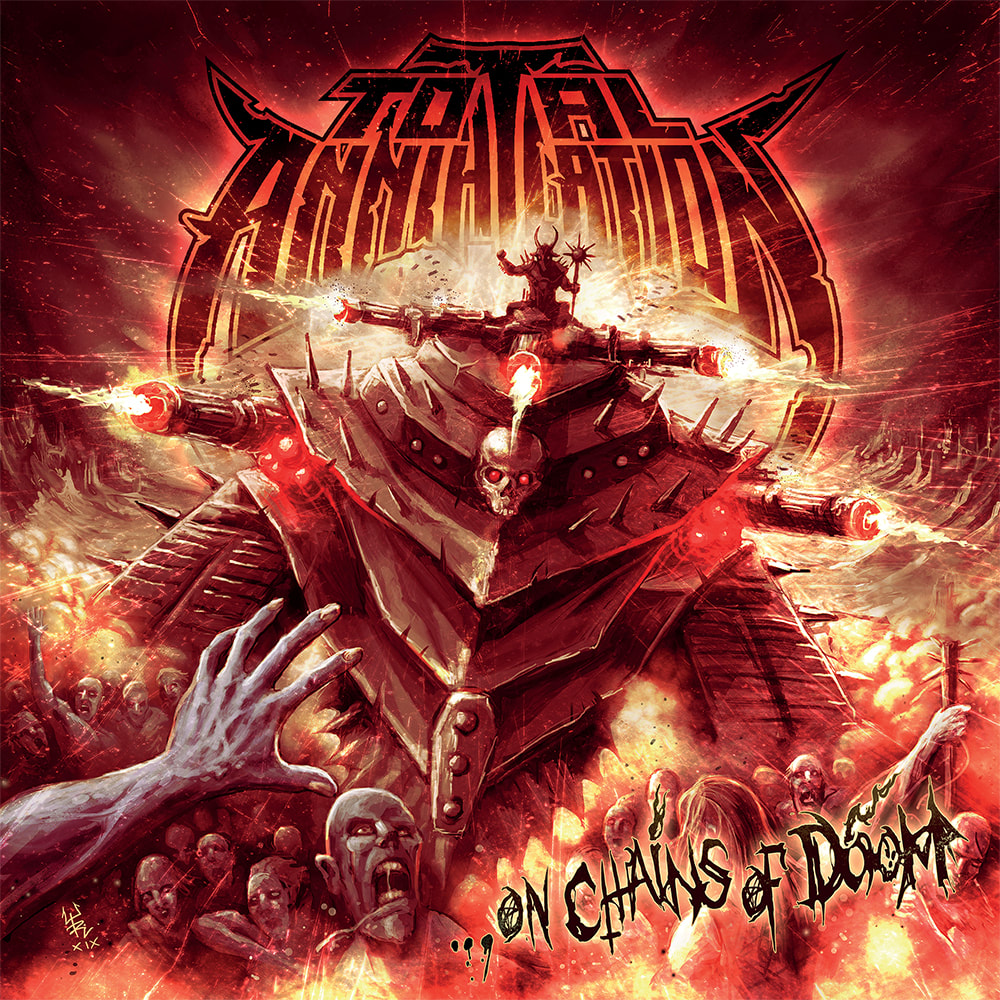 ​Total Annihilation`s third  album after 8 years gap is musically and vocally an outburst of anger.

As befits a thrash, the band started off from a fast track Falling Fast. Killer shreds by guitarists fire your mind at once and all you can do is waiting for death from above...

Quick, warm welcome from Pinhead (Hellraiser) in the beginning of Reborn In Flesh and temperature of the album increases. Crossover of fast thrash&death metal will bring you sweet suffering as long as you will keep listening to aggressive music from this Swiss band.

Iron Coffin has some melodies, slower moments in between, and ripping guitar solos that are always my favourite gems played by them.

Dead Souls is a darker, slow paced song that after few minutes takes brutal path where they sound almost like death metal band which however is always true to thrash metal roots...

Mid-tempo track…On Chains Of Doom sounds almost like Asphyx in some points of this song. It`s making their thrash metal sound more brutal which is softened by the vocalist's raw-melodic refrains that feels very necessary to raise terror and war in your mind which is a good fun if also pay attention to lyrics.

No time-wasting tracks on this album! Another intense song with the singer's melodic lines makes Experience The Terror an unforgettable tune.

The band hits with ferocious and violent music to the end of the album. The drummer and vocalist play as if they want to start a new military conflict somewhere in the world because their performances are striking. Ferocious and killer guitar riffs blending well with melodies. Feels that band`s song writing in this album is getting better while it`s already good.
​
I can hear Total Annihilation influenced by other bands - Sepultura, Sadus, Kreator, Onslaught - more towards old school thrash metal. This Swiss band has good enough songs that defend them against music repetitions from the past. So no, I don't blame them for having those influences, I appreciate them for making the music out of that thrash that I already know and like. This album is like a war, make sure you have it!
Tracklist: