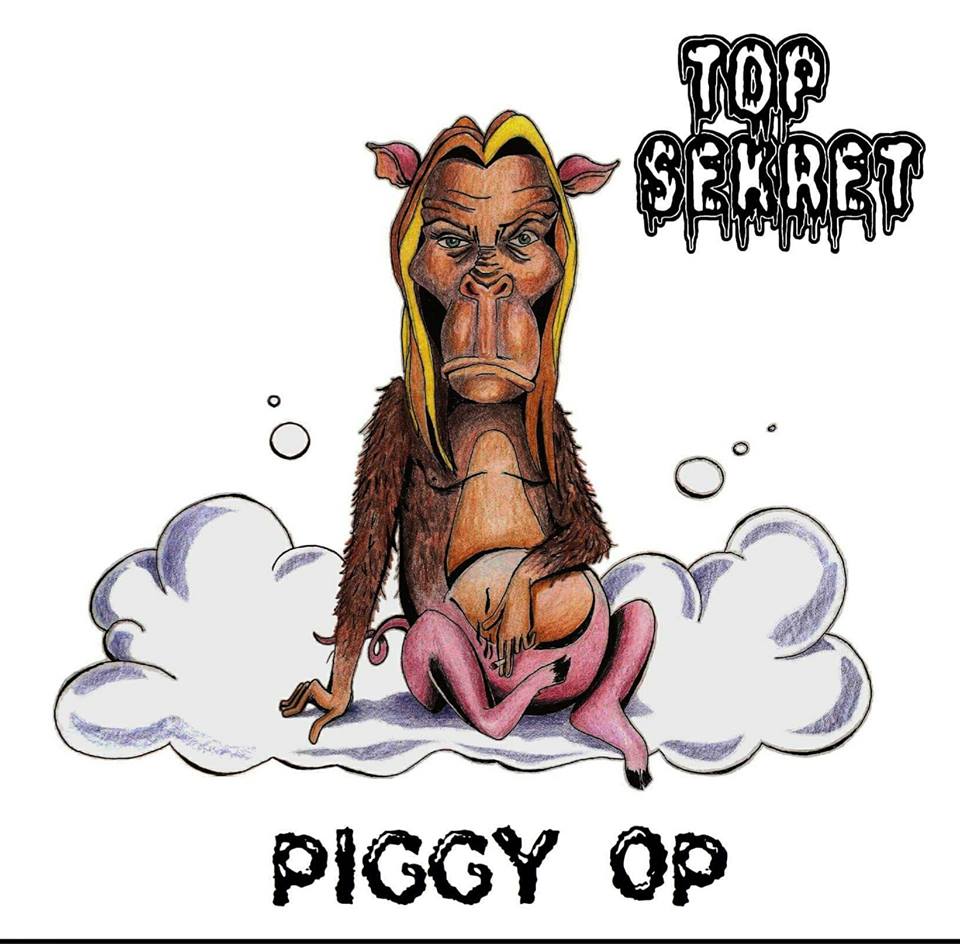 When it comes to the graphic edition of this album, everything looks fun - as you can see on front cover. But I think you should help yourself and look at booklet images which are funnier...

This album compiles some songs from their previous releases as well as new tracks.

Top Sekret is a Czech band and it's not hard to guess that this album is about grind core.
Because there is nothing super surprising and revealing in their music, I am going to write about what works in this record best.

On Piggy Op, you will hear two types of vocals, I am just not sure if it`s done by one or two guys... So, hypothetically, “Mister number one” would be responsible for screams. “Mister number two” sings as if he had a mouthful of undigested food which makes the effect of his vocal sound like piggy- gore growls. I have no lyrics but some songs might be about sex – Foot Fetish, Dildo...Some about shitting to the bathtub instead of shitting to the toilet ( Do Vany Sral?). I do not know, in a world of crazy grind core everything`s possible.

I think that specific high-tone of drum beats sound pretty cool here. The pace of the music is usually maintained from medium to fast tempos, plus some blast beats.  This allows their songs for some beneficial effects on the listener. And this is how it goes. The band starts most of their songs by playing simple and very little catchy  riffs. Their grind core has guitar breakdowns and funny rhythms that sort of sound like pseudo-melodic grind.
It's nice to listen to different approach to the vocals by the band, even if there is practically nothing in their music that I have not heard before. The album is lively and brutal because it should. The sound is good and the band takes direction on funnier sounding music (Opici song) as well. So, basic music ideas work well for entertaining purposes of this 20 minutes long record.

Usually, when I listen to this album I feel like my brain is in a lightweight state of mind because Top Sekret is not about being dead serious. This band is more about something that not really matters and brings joy, which is almost everything they try to do with music.

With Best Songs Of Album Komatum