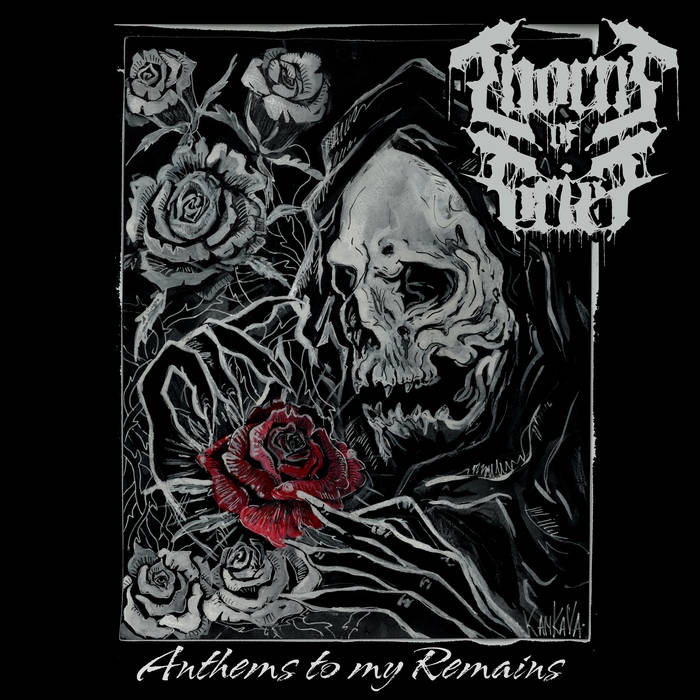 ​Here comes an one-man project created by Nebiros, who took as a point of honor to play all instruments and do all vocals to make this album happened. Thorns Of Grief was formed in Gdynia/ northern Poland, in 2018.

In a first song you can hear strong doom metal accents, the music obscurity flows very slowly, is full of nihilistic alienation and emotional emptiness. Beside that, the atmosphere takes you on a further journey that the band offers, preceded by well-composed ideas for guitars, melancholic parts played on keyboards and slow burn death metal vocals. By the end of the seventh minute I was convinced that it would be only funeral doom metal album, but there is a bit more to it. The song ends with a quicker moment in terms of first two My Dying Bride albums.

A Longing is instrumental keyboard-track which sound like a grieving after loss of a close person that you still can feel presence of.

A track Till Our Rebirth is played differently than the first one of the album. There is more death metal here that sounds darker, the keys create an interesting background for the metal sound. Further on, the band is coming back to playing doom metal with heavy sounding guitars where the atmosphere pushes you to the eternal shadow, somewhere beyond the reach of light ... Every few minutes, music ideas changes within the song, which makes the album sound like a monolith of past times.

I couldn't get into next song at all. Lack of creativity has occurred at this boring doom metal point in the beginning of song. Then came a calmer-ambient fragment that has not changed much in music either. Nothing has happened in plus until the end of the song actually. I don't feel similar vibe this band has had in the first three songs of the album which are really good ones when comes to exploration of grief in doom metal sound.

And time for final track of the record which for far too long is just like a funeral caravan, with deadly serious visions/illusions about death in lyrics..Terryfying but not interesting stuff at all. Musically it`s better song from previous one, and the second half of the track reminds me of band like Gallileous (OLD).

The album production is amateur, when you get use to it, it may turn out that the music itself is quite interesting, most of the time it is for me, only I prefer songs from 1 to 3.
​Tracklist:

1 Thorns Of Grief
2 A Longing
3 Till Our Rebirth
4 The Deceit Of Materiality
5 Illusions
Review by Slawek Migacz
​Added: 08.01.2020
Satanath Records
​Facebook