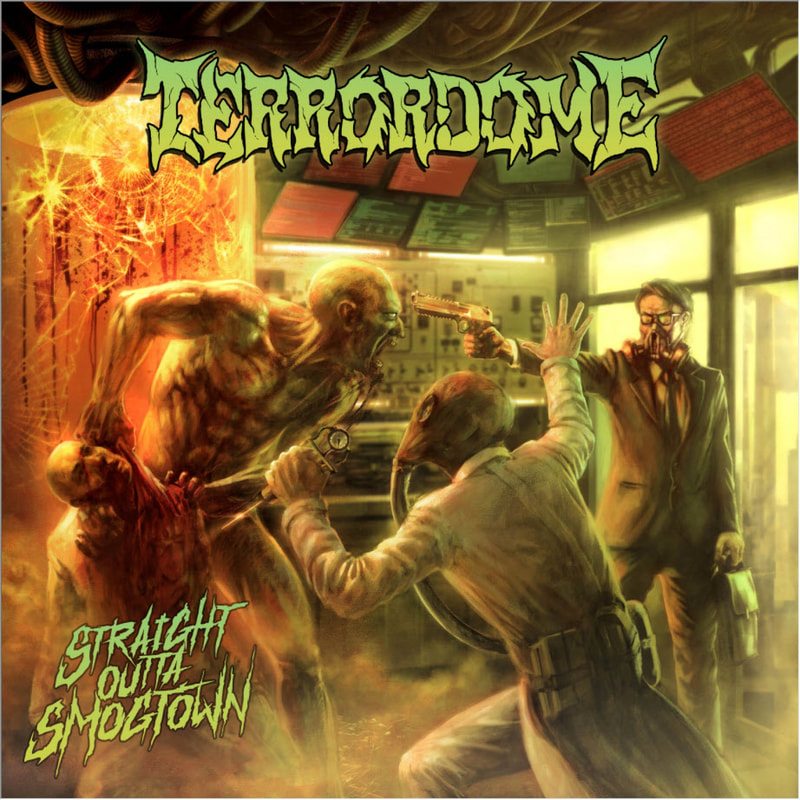 New Terrordome album shreds! (it`s not surprise at all if you already know the music of the band). They have always been about speed and playing very exhausting metal, so, the tracks are usually very fast, and even more brutal than ever before. Without a doubt, aggressive thrash metal is their main preference that express them musically.  Slight crossover and death metal influences are present in the music as it was on their previous albums, although not much. Terrordome lyrics are ultra pissed off, and vocals sound super angry and rage-full. Songs of the band last between two and four minutes, so those are usually intense, in your face tracks, build of tight and sharp metal riffs which shall satisfy every decent thrash metal fan who`d enjoy musical ride without breaks. There is solid song writing in this band (new line-up improved quality of their music and matured structures of the tracks). They play guitar solos like they were 30 years old band, sound of bass on this record is totally insane, and they sort of produced the album that bring to mind American bands when I listen to it. Yet, Terrordome has been shaping their style from the beginning of their existence, but this album is a biggest step to this direction in comparison to their past musical achievements.

Straight Outta Smogtown features many guests, mainly people with whom they have played tours in the past such as Manu Joker (UGANGA, ex-SARCOFAGO), Jairo Vaz & Friggi Mad Beats (CHAOS SYNOPSIS) or Konrad Ramotowski (UNTERVOID, ex-HATE) or Frank Blackfire (SODOM). It`s a good fan when listen to performances of these guests while Terrordome 2021, just sounds very strong on this record.

Now, welcome to a quick description of some songs that I have spotted in this record, for reasons that Terrordome plays them even better than they usually did in the past: Terrorizing the Nation as the Best Way to Thwart Shameful Schemes (instrumental song with nice acoustic guitars and solos), Possessed by Blyat (constant guitar aggression with heavier moments and Chernobyl ghosts in text of the song...), Steel on the Road (speed and riffs!), Plastic Death (thrash/death metal style), Your Personal Comfort Versus the Global Disaster (crossover thrash, freaking awesome riffs), Into the Void (fuckin` punch in the face.Fast and melodic song), Ego-Boost Downfall (intensity of Exodus and guitar harmonies), Money Kills (combination of Polish and Amercican thrash is fire!), I Don't Care (speed, anger, groove),
One song that I do not care about: Conspiracy
Album was recorded in Poland and Brasil and it`s must have thrash metal release in the beginning of this year.
​Tracklist: