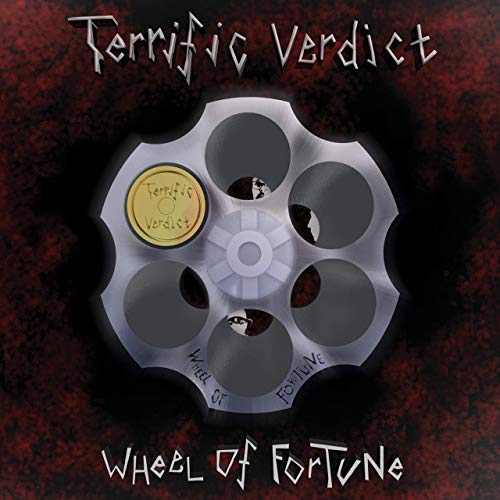 Terrific Verdict (Finland) was founded in the second half of the eighties. In between years 1987-1990 the band recorded two demos. I guess they were disbanded for a long time because only now, their debut album has been finally released by Inverse Records in 2019.

Wheel Of Fortune has a nice, selective studio production. They play as a trio and they allowed themselves to emphasize the importance and sound of each instrument on which they performed this album.
Songs like Mr Cleaner, No Return, Silent Honor will make you feel like you are time-travelling. Finns play here and even sound similar to Sacred Reich from their Ignorance album.  I recommend checking out those tracks and have little throwback to what was on top in thrash metal, back in early days!
I like a pulsing sound of bass, and a vocal tone of Petri Korpi who can sing melodic lines or just aggressively. Similarly things go with music. There are songs here in style of German thrash, less in Bay Area style (I don't know if there is such thing as Finnish thrash, but I assume you just have to come from this country to say it) but it`s very good, aggressive approach to songs by Terrific verdict on this album. I think that this record generally has sort of identity and the Wheel of Fortune track has a great, original riffs which shine for the band`s prestige. I also dig the song Carolina Reaper which heralds the upcoming terror. And terror comes in few anger and faster tracks (...Lazy Jack, Dance Of Death...) which they have but this album never sounds like crazy shit with million of riffs all over the place. The band self-control and balances the music pace with a lot of mid-tempo moments  in which interesting song structures grows the confidence of the band and they deliver some serious, combative riffs. If you like music in the vein of Coroner, Cruentus, Immense Decay then Terrific Verdictl triumph-ally shows off their music angle on that subject which are their original songs, more focused on few solid ideas within one track but with a better chances to hook you up to the album. It's really the record in which each song has something different, unique, which is not repeated in other songs but all tracks together are connected by distinctive sound of the band.
In Terrific Verdict playing musicians whose blood was infected with thrash metal in the 1980`s, so they literally have this 80`s and 90`s thrash thing running in their veins, and they just sound old school, without pretending anything.
​You will feel bad if you don't have this album handy on your shelf because it`s stand-out Finns thrash metal album from a scene that I still know very little about but... Slowly getting there...
​Tracklist: