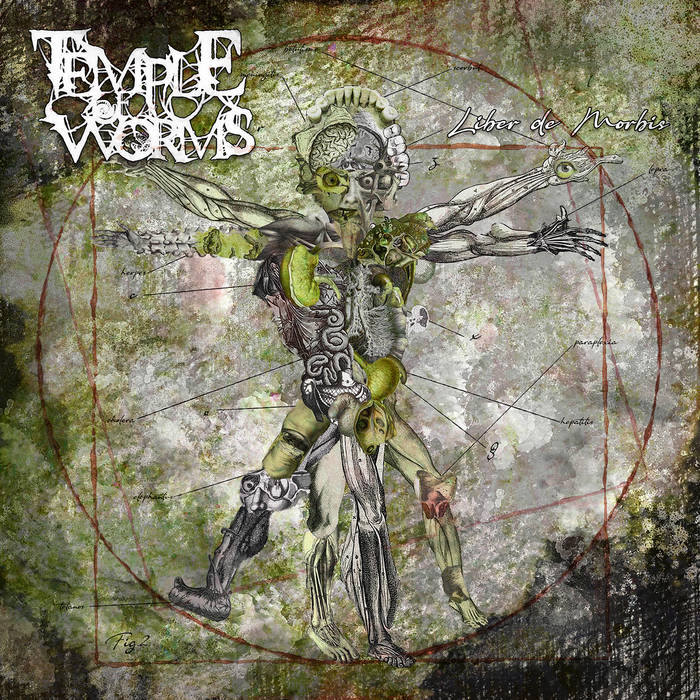 Temple of Worms come from France. The quartet consists of: Crowdead -vocals, Martin - guitar, Jay Poison - bass and Enno on drums.
On this album, the band plays old school death metal. The songs contain a bit of archaism and chaos (Progeria, Rage), but there are also catchy death metal riffs in songs such as Mycobacterium Leprae or Yersinia Pestis (slow-fast, atmospheric, obscure death metal). Songs like these two are easier to connect to.
There's also a damn heavy track entitled Septis that pleases me with its slower pace (except for the faster moment at the end of the song).
A truly primal death metal track is Cystic Fibrosis, which crushes and is like a combination of Autopsy and Swedish death metal.
This album sounds like a hundred-year-old rusty metal from the Titanic deck. It sounds good in the slightly grind death metal song Schizophrenia, in which Temple Of Worms played a little melodious, of course not giving up the primitive aspect in their play and raw death metal vocals.
Towards the end of the record, there is a shift to the most indigenous death metal in the song Gangrene, although indeed the whole album is 100% death metal, without any sign of compromise.
The band prefers music in slow and medium tempos, with a few fast moments and blast beats on the drums. A good example of this approach to death metal is Syphilitic, where I hear echoes of early Death and aforementioned Autopsy.
Liber De Morbis is full-blooded old school death metal, good one.
​Tracklist: