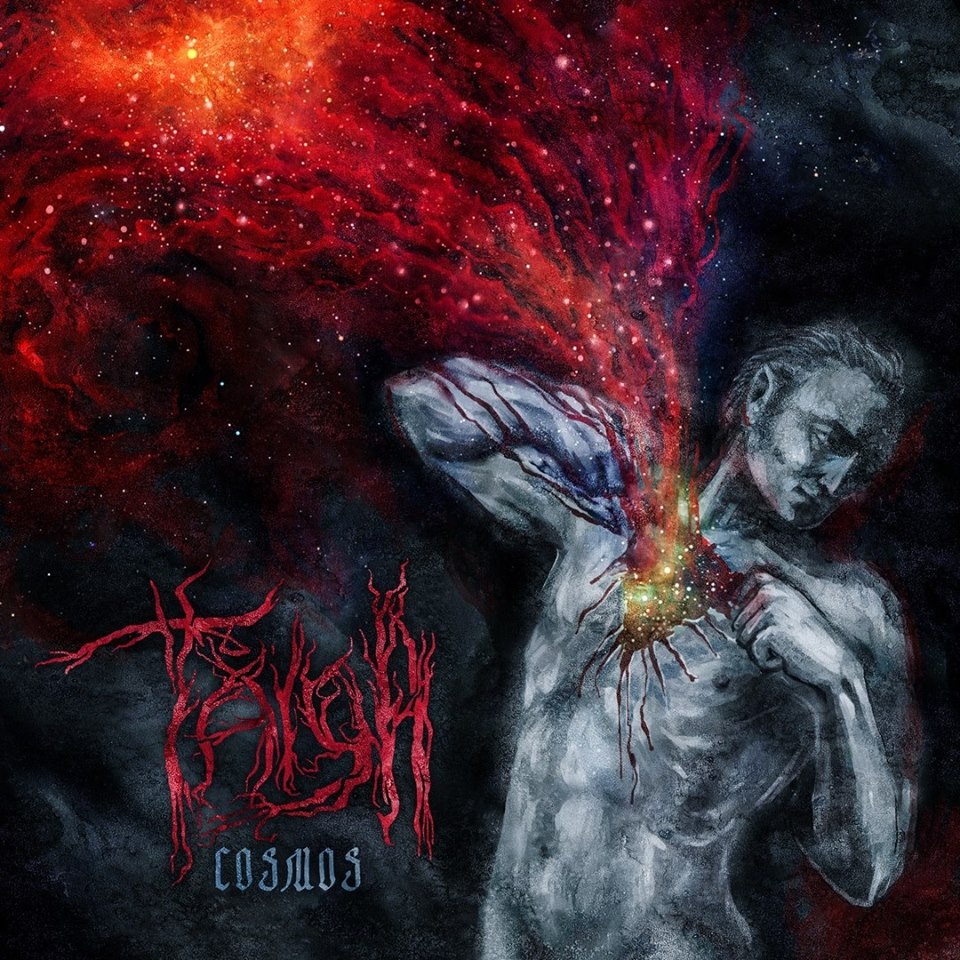 Taiga is a duo from Russia. One of the band members – Aleksey (keyboards) is also in very interesting project - Abigorum. The other guy – Nikolay (also in Funeral Tears) play all other instruments, sing and I assume this band is mainly his creation. All mentioned bands have been reviewed in our magazine by the way.

So, here is a Cosmos. It`s the black metal album that exploring a space through long - standing riffs and atmosphere. The guitars go often separate ways which is an element I like. Few times they used post black metal riffs ( 1, 4 ) which is very absorbing my attention and tensive for the music. Since this kind of genre is one of my favorite, the songs are much better with it. The tracks with numbers 2, 3, 7 are my best of the album (with tendency to change on other songs each time I was playing the album). Mind that there are not much of those post black metal elements which mean that Cosmos has more pure, black metal music to it, also, for my guilty pleasure.

The vocals are little background for the music. I do not think that even Russian black metal maniacs could understand the words of the vocalist because pronunciation is just so unclear, disturbed and thrown into the abyss of void. Also, the vocals sound kind of agonizing and insane and I can`t explain what it is about since lyrics are in Russian language and vocalist screams in so much desperation.

The songs have guitar distortions but not always.  And the tracks are both mid and slow paced but also fast, cold&grimm, aggressive and almost always atmospheric, with or without keyboard parts along. The drums sound is fine and overall production of the album  is about good. I like the graphics and design of the album. It helps me think about the album my way because I am attached to the  word cosmos – it`s so much to it.

It`s decent, atmospheric black metal album but do not judge it after one CD spine – give it time to irritate you, hate you or love you. All depend from what kind of person you are...