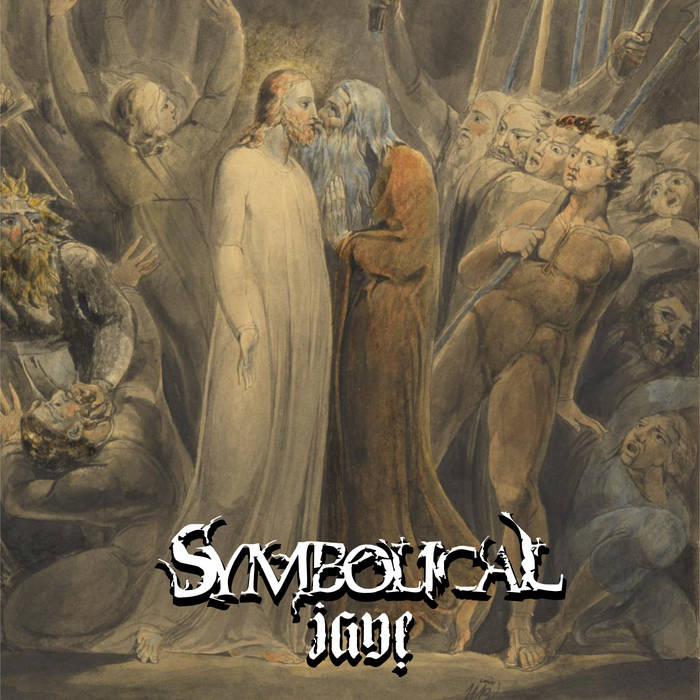 I think that the most persuasive song of this three songs EP is Disciple Of Death, the longest, approx. 12 minutes long track that is a death metal fortress of slow, heavy death metal riffs, grey but melodic guitar soundscapes, some ambience, atmosphere and industrial sound distortions. They experiment with vocals a bit throughout the record - from whispering, guttural screams and disturbing voices ,to grounding growls that I like the most, because vocals of Cymer (also the guitarist for the band) - at his most brutal points of the album, remind me Jan of Gorefest.
Symbolical set middle pace to the music, song The Call Of Nazareth shows it off very well - crushing riffs, calmer moments and chunky guitars terrorize subtly your subconscious, when old school death metal in atmospheric spaces changes into something different. When listen to track Epiphany & Revival, it felt like 90`s again, taste of that old Death, Gorefest or Morbid Angel death metal vibe is there, although Symbolical are bit drifters, they like spacey fragments in music that have not much to do with typical death metal, perhaps they just sound more post-metal in those spots, which created an interesting contrast in face of their death metal. Drumming is very solid, we have Daray here (ex Vader, Black Rive...) behind the drums who certainly provides confidence and quality to the music. The EP has a bit of everything, some brutal moments, some gravitating pieces, while slow and mid tempos definitely dominates the journey when listening to the music of the band.
Generally, Igne is balanced death metal record that perhaps stuck too much in the past when comes to character and performance of music, but even so, it`s still quite decent offering from Symbolical.
​Tracklist: