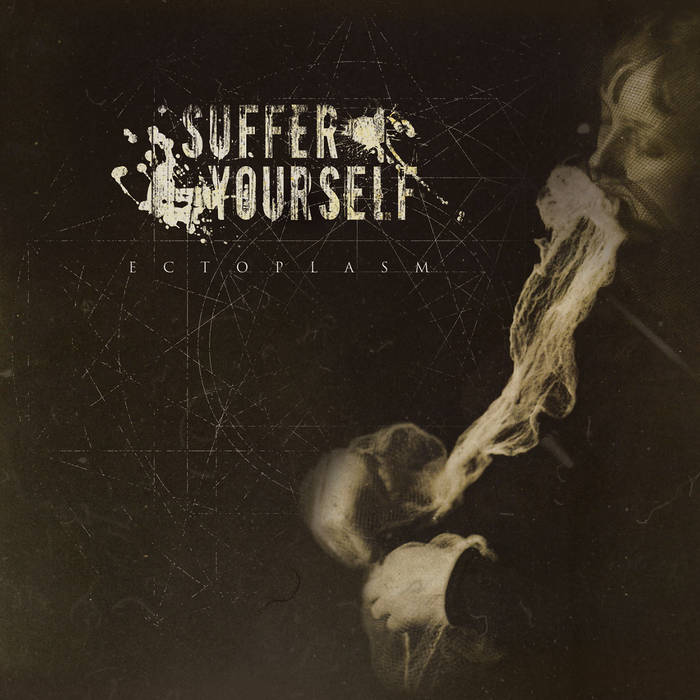 From the names of the band members, seems like Suffer Yourself is international project but eventually, they are based in Stockholm/Sweden.

Total duration of Ectoplasm is over 61 minutes, so you will have to spare some of your time if you want to listen to some in depth-trance and crushing metal.

In self titled song which opens off the album, the band presents the whole spectrum of vocals. Foremost, they managed to sing in style of deep growls but also the band performed whispers and vocalized some tormented shrieks. I have to tell you that most impressive are those very few choirs and female sopranos that they recorded and all of it sound really well. Obviously, the vocals were performed by several persons but their devotion to what they did with it encouraged me to keep on listen to the album. This is how they opened one of the doorways to the realm of mysticism and shadows of the album. The other important aspect of their music lies in very doomy sensations of their slow burning and dismal songs. It feels like you will have to take a long journey with the band in order to unveil some of the mysteries of their music for yourself.

The tracks are long and mostly played in slow pace or little faster than that but this is doom metal and they do not change the rules of the genre by any meaning. Virtually, the music touches the areas of funeral doom metal the way music sound hmmm...secretive and sometimes very slow but I do not think they belong to this sub-genre prominently. Ectoplasm is more in the vein of traditional doom metal that takes slight influences from death metal which you can find in most of vocals and in the sound of the album.
Programming and ambient parts of music sound quite ominous and they devoted a few long moments to it in the album.
Of course, the majority of guitars they performed here are very heavy stuff but a bit of diversity in approach to the songs and some of post-metal soundscapes that they brought around the leading parts of music...  That all shall keep you away from the state of monotony, for sure.

The interesting point of the whole album is a bit intriguing, because I have had to listen and explore the album to find out what I like and enjoy in music, by which my emotional state of mind changes over time. It`s not the album that you remember by certain songs but as the whole piece because if you have taken random element away from the music nothing would feel the same. So, playing the album from the beginning to very end seems quite important if you do not want to lose the connection with the atmosphere of Ectoplasm. Give this album a go.