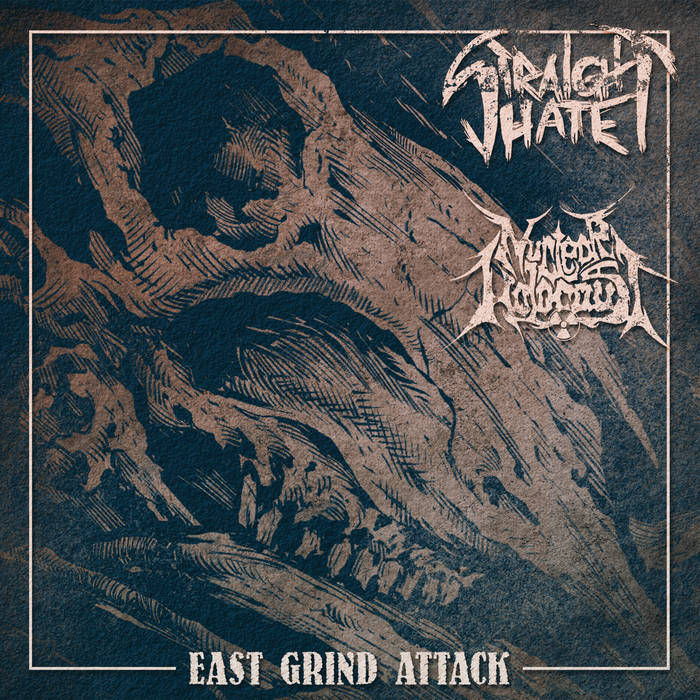 ​Straight Hate (Pol) is still relatively young band but their strong position on the extreme scene had been reinforced with each new material they have been releasing over the years. This EP contains of three unreleased tracks, and these are not any unwanted songs or leftovers from other releases that the band would not like to share. I am glad they did because it is another opportunity to hear a drummer of this band who can play very fast or technical if he wants to, which always amazes me. You can tell where this band belong to musically, which is grind core, however one of these 3 tracks has some music variations, for instance, very rockin` guitar solo moment in track East Grind Attack that just shines right there for the song.
Anxiety Neurosis sound heavy, guitarists play wavy riffs in the beginning but what else they could do within 2 minutes which is the length of this track (?) - brutal vocals and some grind/death metal riffs is never too much to dig into your favourite mind frame, which is extremity. It is indeed another step forward for Straight Hate and their extreme music, but it is not because they play very fast music (just a bit, not as usually they do), they brought more heaviness, vocal variations and groove (Living Dead) in songs. Glory to them that they wrote these songs differently (they slowed down a bit playing the songs), and I think, this is what the small releases like this one are good for, to make some kind of a change.

Those 4 tracks of Nuclear Holocaust on this EP sound like a good-oldy-straight forward grind core that they spiced up with some “meaty” sounds. Simple guitar riffs (it`s better this way, songs do not sound complicated) and fast/slow drumming is delivering shortly played, brutal grind core music, to which they injected some simpler punk riffs. Bass sounds audible, so the music has another layer that you can enjoy a bit more. Vocal growls are not much of a surprise here, but their decent amount of brutality - same as in the whole music, is actually what works better, I think.
​Tracklist: