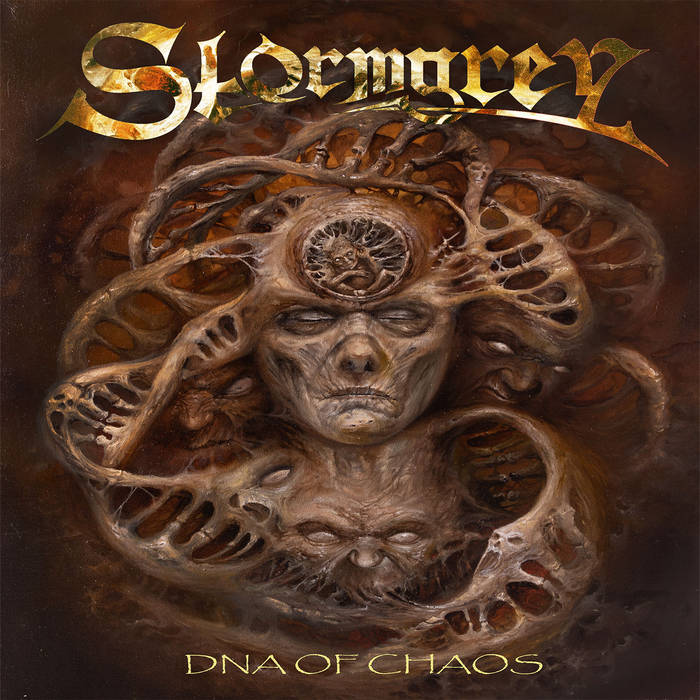 This album from Lithuanian Stormgrey is a very nice surprise of the end of the year. Death metal is all what the album is, although they have a refreshing input on the extremity therein the music that makes me really enjoy this album. First of all, the production of the record is very juicy, powerful, just very good, and it`s the first attribute that triggers my appreciation toward the music of the band, like instantly, right from the beginning. Second and most important content of the album are the songs, apart from some obvious 90`s death metal influences – middle tempos and rhythmic guitars are alike Obituary, Massacre, Stormgrey bring good amount of heavy riffs and groove, which communicate very well with guitar harmonies, for example in tracks When Blood Runs Cold, Happy Easter 666 or Grinder For Thy Flesh. Besides that, Stormgrey sounds brutal and modern as well, not only old school (Womb Of Darkness, DNA Of Chaos). What they also do in songs are simple choruses, which give an opportunity to roar the band`s lyrics in your private place as hard as you can. Best songs that work this way are the ones with number 1, 3; with titles as they appear on the tracklist.

Stormgrey are good in playing chunky rhythms with minor melodies but memorable harmonies. Faster tempos and drum blast beats do not feature often throughout the album but it does not change a fact that it`s stunning death metal album. Minor, Swedish-like melodic leads sound quite impressive for me but they do not play like a typical Scandinavian band. All you need to do is to play song like Suicide For Pleasure to find out that this track is the exception from that opinion.
Album is full of guitar hooks and killer riffs (Fuel Named Hate, Grinder for thy flesh). Their vocalist is great with his brutal growls and fitting exquisitely his parts into instrumental spectrum of the band.
I have no doubt that DNA Of Chaos is the album that stands out from other death metal offerings of current year. It`s groove, power-merging death metal, has a maturely and exquisitely executed songs that are brutal and quickly addictive.
​Tracklist: