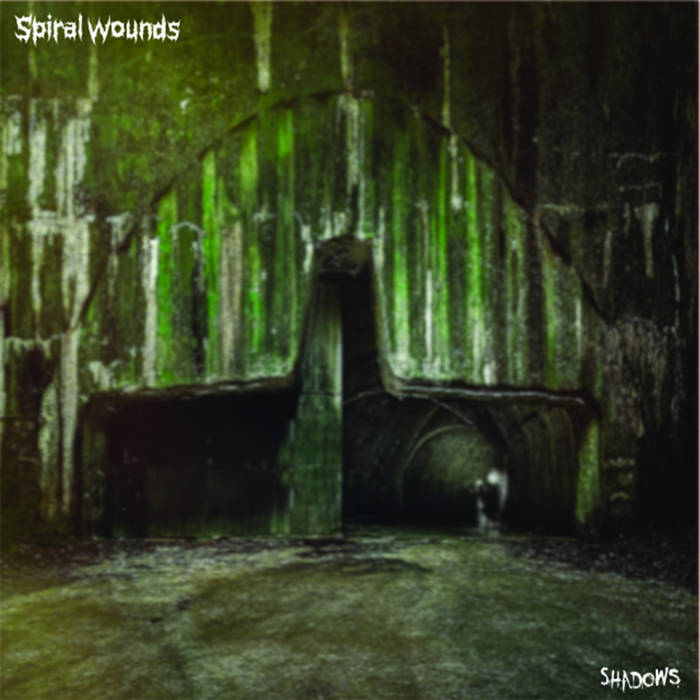 Italian band Spiral Wounds is a trio and the line-up for this record is: Tato - Vocals, Sandro - Guitars / Drums and Patrizio - Bass.
This band should be a good match for all those of you who still have a sentiment to murky sounding and disgusting old school death metal. Spiral Wounds brings chaotic guttural screams (annoying at times) and deep growls by their vocalist. Also, simple guitar shreds that remember beginnings of death metal-more from 90`era, and they co-operate it with heavy and chaotic guitar rhythms, usually in each track. I find it reliable for me, as a death metal fan of any kind. Sound of guitars and bass is dirty, and when they added drums that sound like beats played as if in some rehearsal room, then death metal of this band sounds like something you could produce in a small crypt with a shitty equipment. You know, I could compare them to Autopsy and to some demo sounding Scandinavian death metal (tracks From Bad To Worse, Human Plague...), but when I play this album, I would not say that neither of these bands are very much alike Spiral Wounds. Those Italians, quite accidentally I guess, managed to produce very rough and strange sound in the mix of the album. I do not love it, but I appreciate the little dissimilarity in their sound in comparison to other bands of the genre. Shadows has songs that most of time sound like an ordinary death metal, but tracks like Declino or So I Die (starts off like Immolation with some black meal influences) have a nice craft to it and some atmosphere also. And I like glimpses of melodies in some of songs, or slower crusher moments, perhaps like in a best song of the album entitled Shadows Of Murderous Death that makes me feel good for no reason. Do not get it wrong - hell no, it`s not melodic death metal album at all, it`s old school death metal monster-child that has to learn how to bite your brains yet. I do not know, perhaps a little thrash metal riffs in song Death Painted In The Face make this album of being more dynamic, but on the other hand, I do not think they should go this way. I think the track Luminary Clarity is better than that, is pure death metal, as the whole album actually is. Well, album Shadows is for die-hard fans only who like muddy sounds of swampy death metal (Hermetic...).
​Tracklist: