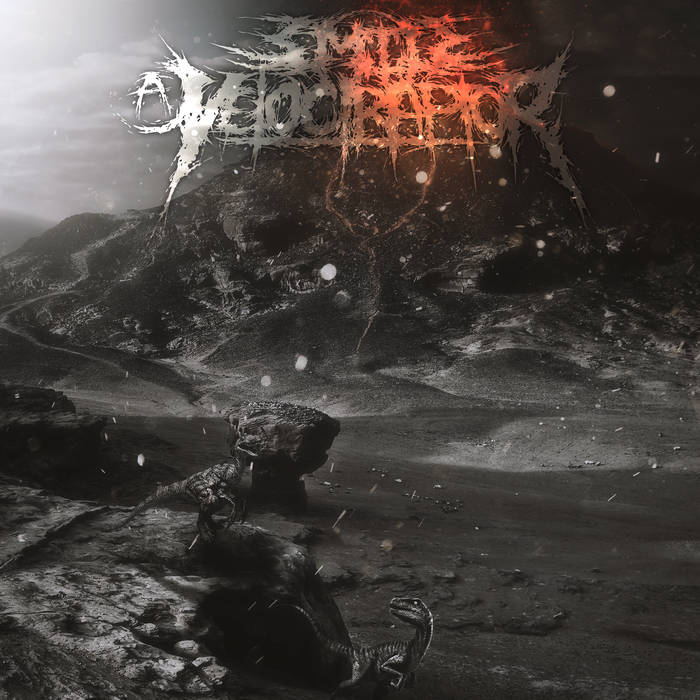 ​Here, I have a band with a funny name-Smile A Velociraptor. The band generates quite technical music on the invincible borderline of mathcore, death core and noise with use of electronic tricks. The music sparks almost constantly on the basis of strange arrangements, schizoid guitar turns & twists and aggressively expressed, throaty vocals.
There are also instrumental arrhythmias and dyshrythmias in music all over the album that sound out of ordinary. Fortunately, I'm used to these types of turbulent songs like on this album that consist a high dose of weirdness in the music that perhaps is not easy to swallow when playing the songs for the first time but it`s worth to try and clash yourself against their music perception. I think that the album is sort of crazy and largely dehumanized, but I have to admit that Smile A Velociraptor can still write the songs that you don't hate, but rather listen with interest and an open mind. It`s because they give you only choices to ovveride your old music mindset and twist it into newer and an unknown direction(s).

I have listened thoroughly to the album and I think that this band could be the ambassador of humanity in communicating with aliens if their existence was proven, because they use the musical language like hardly any other band. I recommend Violenceraptor for fans of controlled in chaos mathcore and hmmm...Meshuggah.
Tracklist:

1 Without This We Can Not Begin
2 A Predator, Or Fertilizer
3 They Carried A No Sense
4 O.J. Simpson Listened To Funk
5 I Do Not Look Like My Father
6 Grinch Law (feat. Влад Лобанов
7 24 Billy's Handshakes
8 Shampoo Countess Bathory
9 Spear M.O Toxic Ooze
10 Without This We Can Not Finish
Review by Slawek Migacz
​Added: 17.09.2019
Smile a Velociraptor
Facebook