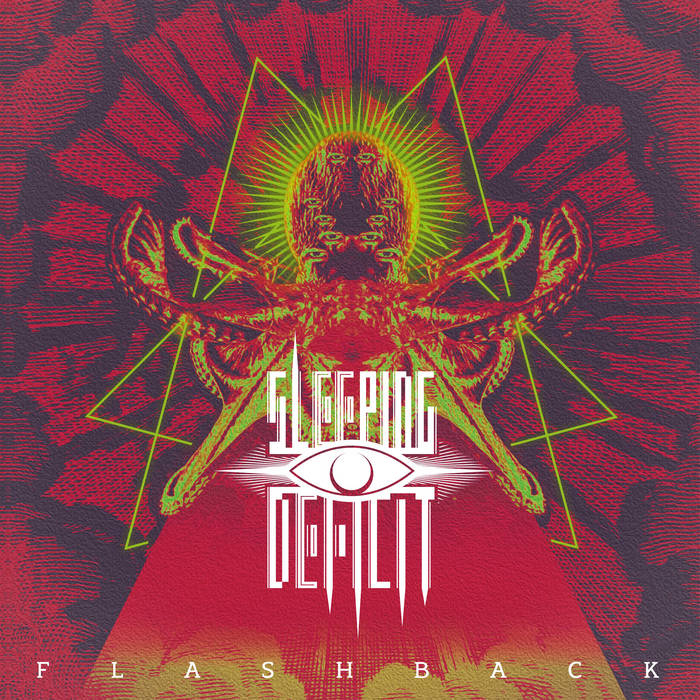 Sleeping Deficit is Czechia`s tornado of extremity. Flashback is a 20 mintues EP that starts off with nostalgic intro, which does not tells you how the band is going to play. Clarity comes immediately in next song entitled Kobe Tai. Blasting drumming and super fast guitars is a smooth combination of grind and death metal where speed is taken to its limits. Vocals are chaotic growls and screams, more grind core style. They are not alien to to slow chunky rhythms, which is what ends this short song.
New Dawn is a track with technical death metal shreds (they do it few times throughout the record) - very fast, catchy guitar harmonies and experimentation with synthesizers. Total surprise are clean vocals, singer actually tries to sing whilst musical background is similar to Flasback-intro from this record. New Daw is the longest track of the EP
Back to fast death metal with some middle tempo, progressive elements in song Let's Call Your Dealer.
The Extremist is fast death metal, grind core, brutal death metal. Few vocal experiments means more diversity to the music!
Revolution is pulverizing death, with pummeling drumming and few interesting, standing-alone keyboard ideas. Track ends with breaking down guitars and the song feels like it is another attempt to widen their musical boundaries.
God - technical, progressive death/grind with d-beats and melodic leads is surely good continuation of this record but unfortunately, all die in this point - it`s the end of this furious and super intense grind/death metal release. I want more music from this band!
​Tracklist: