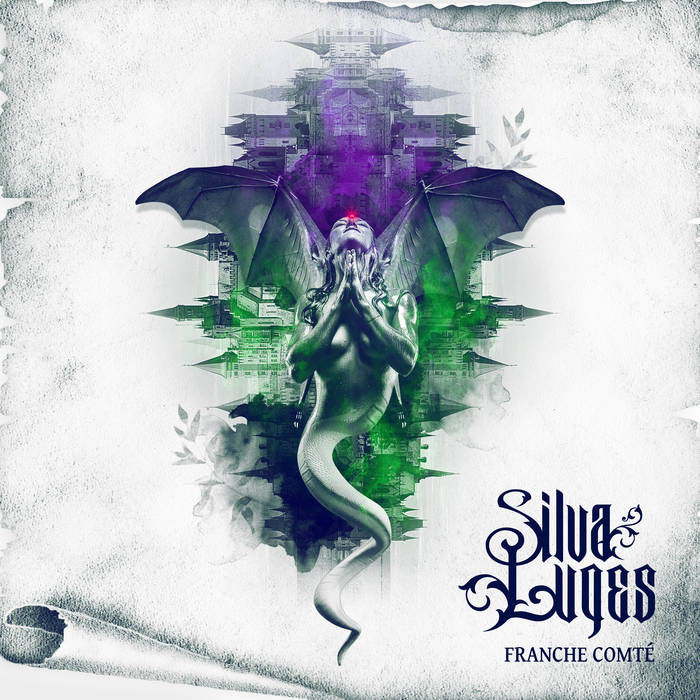 Franche Comte is the new album of French project Silva Luges, which premiered on May 6th this year. It is a project of multi-instrumentalist and vocalist Sylvain Briand. Lyrically the album deepens the beliefs, tales and legends from Franche Comté, a land in the East of France. Lyrics are in French, just do no know if in Old French, which would be desirable when you think about content of the lyrics, do not you think (?)

The album consists of 8 tracks, full of flourishing guitar melodies (its craft in song Dame Blanche is overwhelming and beautiful).  Kind of epicness in a musical style of Silva Luges is somewhat reminiscent of long-past centuries - no so dark as you would expect, but let`s write that there is the European feel in the music of the album that I can relate to. I certainly can state that musical influences of the album had been widen as much as possible and that catch my attention. The album is partly melodic black metal and melancholic doom metal (La prisonnière de Joux) with elements of folk and castle music (Damvauthier, le village englouti is another atmospheric and melodic piece of doom/death and black metal music that amazes me). There are also emotional fragments where grief and sadness in music and vocals is more endearing (La sorcière de Florimont). The other songs like L'escarboucle de la vouivre or l'âme errante du Lac de Bonlieu only confirm what I already know, that this album has a style and my emotions are on fire from it. I think that melodies are the strongest feature in music of Silva Luges, particularly I do enjoy variations of guitar tracks and how they differ from each other in approach.
The album saturates me with its tunes and nice, instrumental structures in which the craft seems neverending. There is also the gloomy side of this album, which are darker, black metal grunts/shrieks and death metal growls (the music itself in this comparison seems to be in a reverse). Some attempts with clean singing performed here sound quite well but are too short, as in the song entitled La combe de l'homme mort that is as good track as the previous one. Last track entitled Le baiser de la fée verte is like the whole album, all these songs tells some stories. I do not speak French and I do not know them but even so, the music of the album is the reward itself.

More than once the atmosphere in Franche Comte's songs reminded me of such bands as Carnival Of Flesh or Cradle Of Filth (mainly the vocals). I like to delve my thoughts in the music of Silva Luges, it is musically very rich album, dynamic in its melancholy and constantly developing its ideas toward various, interesting directions, such as gothic music. Yes, it`s metal record, but in the core of music it spawns its great spirit.
​Tracklist: 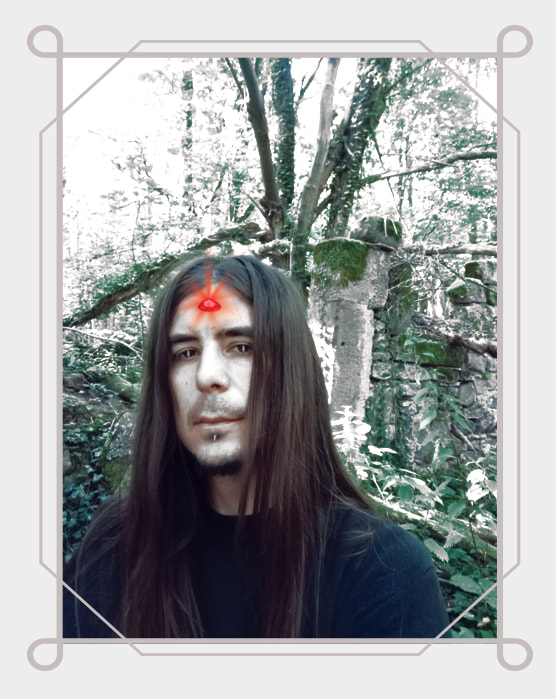 Sylvain agreed to make an effort, and described lyrical content of his album. Text down below, good read - my recommendations!

Dame Blanche (White Lady) :
A Dame Blanche is a female ghost. This one, from Franche Comté, seduced a man which finally accept to mary her, but there was one condition : every friday, the lady will go to bath in a lake in the woods and the man couldn't follow her.
Of course, one day, he followed her, secretly, and saw her becoming a winged snake in the lake. The lady saw him watching at her and disappeared. After that, she haunted the man and all other people approaching the woods.

La Combe de l'Homme Mort (The Combe of the Dead Man) :
It's the story of an hermit, living and meditating in a cave, which has been killed by a man called Colbus because he thought the hermit received some wealth from magical creatures. Before killing the hermit, Colbus had sold his soul to the devil.
During 50 years, he would live a life of pleasure, but after this 50 years, the devil will come to take Colbus' Soul in return. And that's what happened, and then, this place had been called La Combe de l'Homme Mort.

Damvauthier, le village englouti (Damvauthier, the swallowed village) :
It's the story of a rich village (fertile land, great harvests) where people only think to feast. An old man told the villagers they shouldn't live like that. A day, when winter arrived early,  a lady with her baby came in the village and ask hospitality but no one helped her. Finally, the old man found her, and invited her in his hut, in the forest, further than the village. During this night, a violent storm has befallen the village and it has been submerged by water. Only the old man, the lady and her baby survived. Nowdays, a lake has replaced the village and it's talled that the fishermen of the lake can hear the bell tower of the village from the depths of the lake.

La prisonnière de Joux (the prisoner lady of Joux) :
It's the real story of a lady called Berthe, the wife of Amauri, lord of the Joux Castle. One day, Amauri had been called to the 3rd crusade. Later, a man called Amey de Montfaucon arrived wounded at the castle. He told Berthe Amauri had been killed during the battle. Berthe was sad but after a time she fell in love with Amey. Another day, Amauri, which wasn't dead, came back to the castle and found his wife in bed with Amey. He killed him and put her away in a really small jail with only a little window giving her a view on the hanged corpse of Amey. Berthe stayed in this jail until the death of Amauri.

La sorcière de Florimont (The Florimont Witch) :
It's the story of a lord which wanted to build a mill in a place he liked and assigned his wife to do that. She refused but the mill was finally built, and a miller started to make bread in the mill. Shortly after, he was found dead. A new miller replaced him but he was found dead too. 6 millers died when a witch hunter came in. He hided himself in the mill and saw 6 white cats entering the mill. At midnight he saw a black cat, and that cat attacked him. With his sword, the witchunter cut a paw of the cat. The next day, the lord came in the mill and found a arm on the ground. At a finger of this arm, he recognized his wife's ring. He let hang his wife because she was a witch and the mill had been built on the place of the witches sabbath.

L'escarboucle de la vouivre :
The vouivre is a creature from Franche Comté, a sort of snake with wings and a diamond (called escarboucle) on its forehead. This diamond is very coveted, so a lot of people try to capture the vouivre but they all died trying to do that.

L'Âme Errante du Lac de Bonlieu (the wandering soul of the Bonlieu Lake) :
A night he was riding on his horse near the Bonlieu lake, the lord of the land heard strange noises. He get closer to the lake and saw some of his subjects dancing naked around the devil. His subjects saw him and killed him, but they didn't bury him. Since this moment, the soul of the lord will eternally wander near the lake, unless somebody gives him last sacraments.

Le Baiser de la Fée Verte (The Green Fairy kiss) :
The Green Fairy is another name for absinth, which was created in a land across Franche Comté and Switzerland. The song describes in a romantic way the fact of being drunk drinking absinth, like if it is the same thing that falling in love with a (green) fairy, enjoying every kiss of her, but getting poisoned after each.