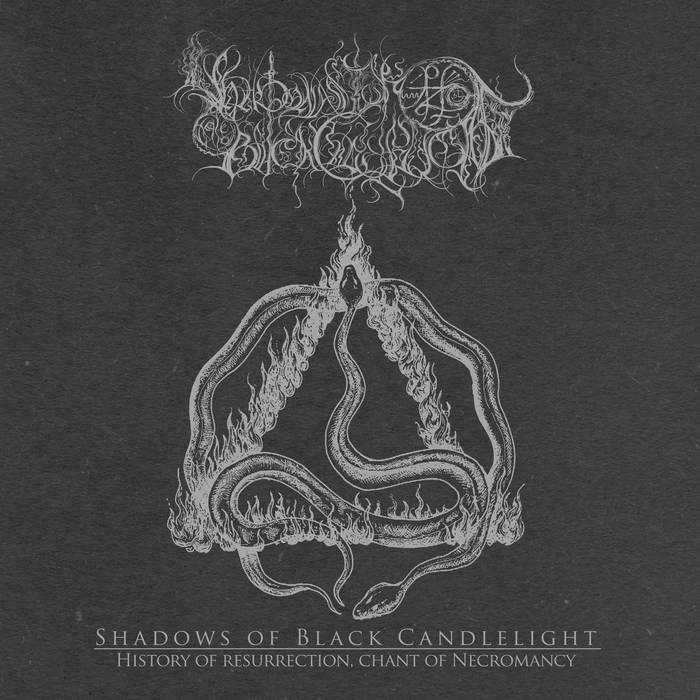 Quick jump to South Korea where IVVI on guitars, bass and additional vocals, together with
IXV on keyboards and lead vocals are reaching out into the pits of hell of their own minds for their worst nightmares to reflect them in the music.

After spooky intro that I felt had not good quality I expected better sound adjustment from the band but it just never really came as I wanted it to be. Album is a typical home made record with bad production. Drums sound like a drum-machine (which probably it is), when they use it in music with more elements and density, the sound just crashes and music sounds shitty. Fortunately, they prefer simpler old school black metal beats on drums which saves this album from inevitable catastrophe. This band obviously has not much experience in producing the album and not too much practice on their instruments - guitars sound simplistic, just to deliver music that is overall atmospheric (better with  keyboards – second song), and very ominous (1). There is a sense of struggle in performance of songs by the band, but surely not everything is that bad. So, records has raw, primitive black metal songs based on basic guitar rhythms (3,6,7), a bit more doomy track(4) with melo-melancholic moments, and a frightening song with vocal deformations (5)...
Album has also high tone screeching vocals - evil and demonical at places - combination of Vorphalack of old Samael with Grishnackh of Burzum, this type of vocal in my opinion is the best feature in their music. The other vocals sound horrific and abyssic, very deep growls that are shadowing the music background. Frequently, throughout the whole album you can hear medieval chants, bell tolls to implode more atmosphere and  darkness into the songs.

Due to the rather poor quality of the recording, this is not the album I would like to return too soon, although some of you may find music acceptable...
​Tracklist: