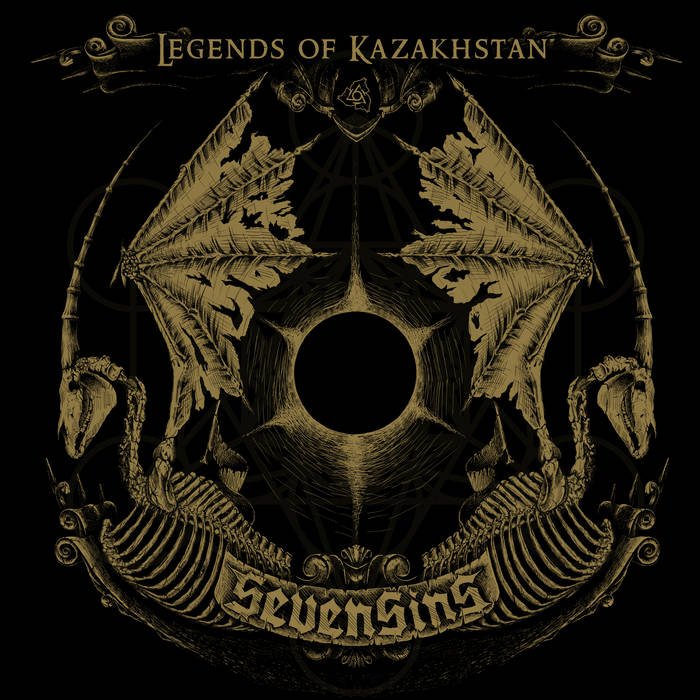 After very drum  & effects driven intro track, next song is called In a Grove of Dancing Birches which is my favourite one of the album. Music here brings some old school thrash metal vibe (brutal, dark sounding guitar riffs) of bands like Sodom, Possessed, Dark Angel, Slayer, but do not get use to it too much, Sevensins is a black metal band, and they quickly turn their music toward this genre by playing fast, sinister riffs, but also some heavy and melodic ones too.
If you like music in the vein of Dimmu Borgir, some vocals distortions and just standard black metal shrieks, I think, excruciatingly harsh song is Three Sons And A Sorcerer, also having those "evil"  and groovy guitar moments, which are enchained to the sound of the band.
A song Miracle With White Eyes is having these rhythmic and heavy riffs which will send you to hell - the place I sometimes like to be in my mind when normally listen to angry black metal...
Manyrak and Serpent Mountain are mid-fast, raw sounding tracks, where band`s music preferences went more toward aggressive and chaotic at times, Nordic black metal.
7 minutes long song is Kozy-Korpesh / Bayan-Sulu, which is also the longest one of the album. Vocalist screams sound also sinister while the music interweaves the slower fragments with the faster ones or, when it needed to be some of a story to tell - they asked a child to do it in the song.
Sevensins is covering song Sleep My Justice of the band Суицид, in this version, it`s more melodic black/death metal song, with atmospheric fragments when singer of the band tries to whisper in your ears...I find best music of the band in tracks 1-4, and one more thing, I really like the album cover of Legends Of Kazakhstan.
Tracklist: