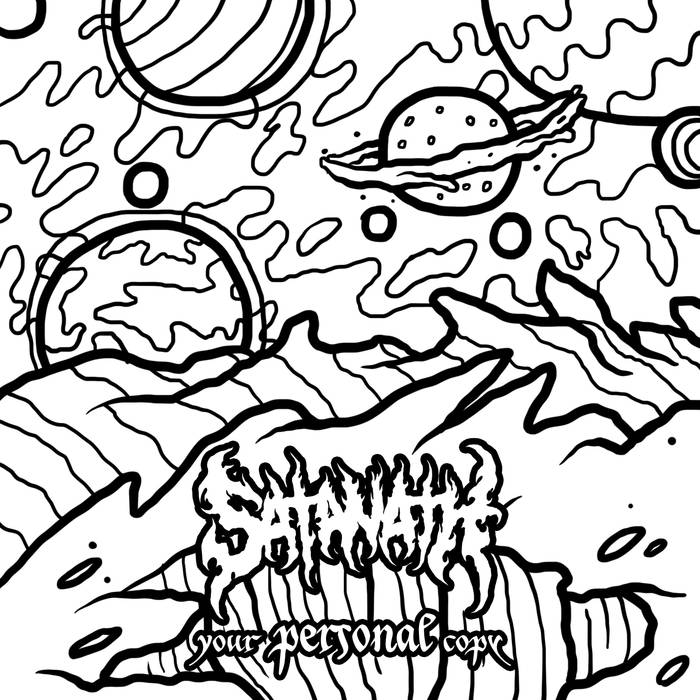 Satanath is Aleksey Korolyov`s one-man project (Satanath is also metal label from Russia). This album is about ambient, ominous, bizarre music which he creates based on sound of synthesizers and programmed keyboard effects of any kind.

Your Personal Copy is also about finding ways to use a computer and software to enslave its capabilities as a tool for making a sound. Thanks that, projection of author`s imagination can be transformed into different forms of musical expansions. Sometimes the songs in this album sound like a soundtracks with simple beats a`la John Carpenter (Masfois) while other tracks remind me something else which are Space Odyssey (Peitefuv), Terminator (Hetatro) tracks. This album however does not sound like a movie soundtrack in general,  and for sure, not like an orchestra at any point. For me, it seems that Aleksey has captured some ideas that he had in mind and quickly figured how to make a music out of those impulses that has pushed him to write songs. Some beats sound like themes from 80`s video games which are mixed with darker tunes (Nodaser, Erimop). A lot of other songs just sound strange, especially when he has layered down few music ideas simultaneously (Movsak, Kiomlu, Vigtio, Lartagik).
Everything else in the album is a case of sonic weirdness and disturbance that Satanath makes by mixing music tracks which however are not sounding traumatic or excessively intense.

I have heard many records before in which using programming language was a way to screw the quality of the album but in case of Your Personal Copy the problem does not exist. The mastering of tracks and effects is well done by somebody else than Aleksey so production of album has gained some perspective not only from one person but two. I also do not think the record is pumped up with too many effects which is why my my respond to music can be much easier. In my opinion Satanath has reached out his goals, in terms that music sounds independent and maybe even original but very modest.

You have to bear in mind that the album sounds like home-made record and you need to approach this album differently than you would normally do with any other metal record, which this album is not part of.

Line up:
Aleksey Korolyov - all music.