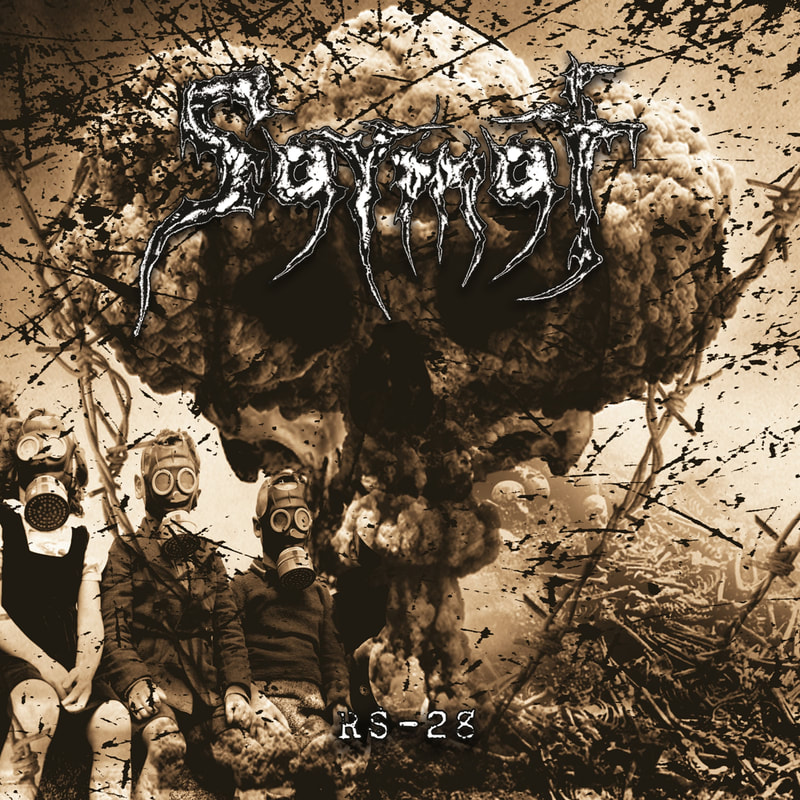 Debut album RS-28 by Sarmat (pol) consists of 8 deadly blackened death metal songs. Not all, but most of the music is super fast, destructive, however with active guitarists, who both try to build their hate-full labyrinths, which certainly interested me in their music among other things. Drummer plays triggers and lots of  blast beats to reach out for creative chaos and death metal density. It is actually when Sarmat sounds very extreme and merciless, and shredding guitars sound like a wrath of winter gods spreading storms and bombs upon humanity. There is grimness, brutality and sort of  majesty in riffs of Sarmat, many times.  Quite a few minutes , in the album,  the band plays middle tempos and I take all the pleasure from a fact that they are playing those crafty guitar harmonies with imagination that matches mine. Sarmat combines the bleakness of black metal sound with the rigor of modern death metal. I would like to mention their vocalist whose growling vocals sound clear and I do not need to worry to understand the words if I wanted to (it`s still not easy to accomplish vocal clarity in death metal by countless legions of vocalists out there). Lyrical messages are  negative themes as expected, but  there is also content about empowering the individual and self-confidence...-"... I am the master of my fate ..."
This album, quite frankly,  is very, very close to last albums of the bands like Hate,and Esgaroth, literally music and vocals wise. Music also has a few of that dreary guitar structures, like Immolation, and a bit of Behemoth spirituality. I tell you what... This album is evil in its own way and often relentless, but has super interesting musical ideas and powerfull riffs. It does not matter that they sometimes sound like other bands. Sarmat is the new name to remember on extreme scene! Check them out.
​Tracklist: