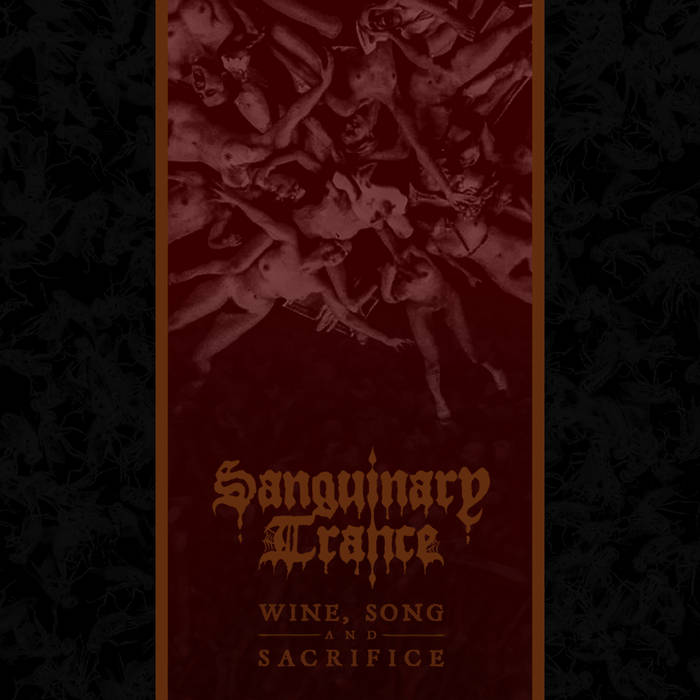 Sanguinary Trance ​is traditional sounding black metal band from Austria. A rough studio production (possibly made that way on purpose) is a reminiscence of 90`s sound where the worst the production, the more evil the music was which this record kind of has. The EP has high-pitched guitar tone for one guitar track and very grim tone for the other one in which lies the madness. The guitar tracks are often layered which create sort of bizarness of the music. It`s not always like that however. First song starts off a bit ritualistic, then touches some avant-garde areas of black art and then it`s typical fast and furious black metal but also a little melodic as well. Really like the song and it`s slow burn in the beginning of the track, and even all those strange and original sounding guitar dramatizations that sonically pop up from time to time in this 13 minutes long song.
Next is the track Carvings - based on dark guitar ideas that absorb you into the abyss of their music irreversibly. It seems the most classic sounding black metal song of the EP.
Closing track features no vocals. It`s in a way more progressive and spectacular (sound theatricality)
song though, with classical sounding drums in last moments of the song.

Raspy vocals reign upon the music of the album and I prefer it more than death metal vocal attempts that the band tries to do, occasionally.

The band comes from Vienna and those avant-garde and classical music influences of that cultural place are noticeable in their songs so well that Wine, Song and Sacrifice appears as the original release with rather bad sound but flourishing black metal songs.
​Tracklist: