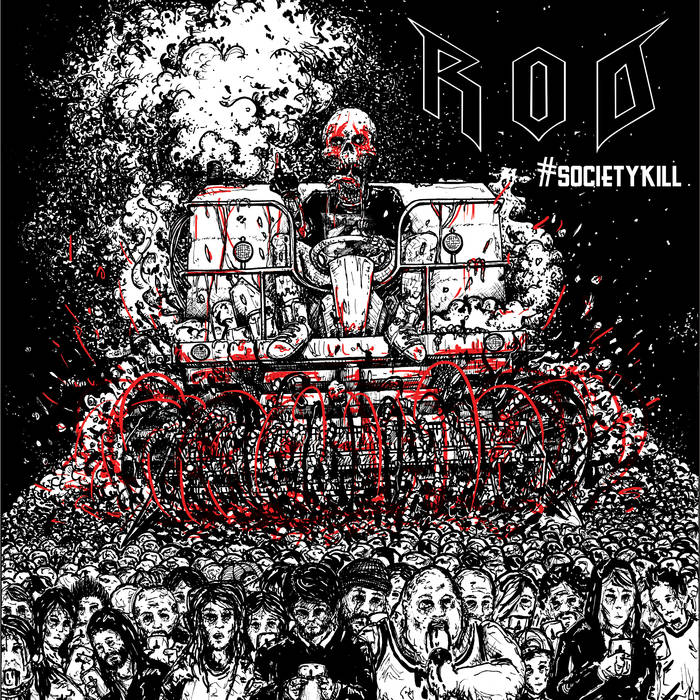 The first time I heard this band was on Polish Thrashing Damnation Thru Compilation (vol. I and vol. II are out so far). These releases gather best Polish thrash metal bands that include R.O.D, which is a band from Lublin/Poland.

Now is the second time I have opportunity to better know the band by listening to their #Societykill which is latest release from the band. The CD consists of 10 songs and plays about 23 minutes long.

When you have 10 tracks and so little time to perform them, then the only way is to play it fast, intense, furious and very angry. They do it all in their songs girls and lads, so better prepare your head for the attack from very aggressive thrash metal. The music, even if brutal and violent is not losing a shape or freshness within intensity of music. They play tracks very straightforward with good technical skills, like they wanted to start off the bloody war where you take no prisoners but killing them.  That`s why I like songs like March Or Die, Red Scum, Legal Genocide, What The Fuck?, Shame On You or Reconquist among few others...Those are super fast and cutting flesh songs with brutal attitude of thrash metal. The vocals are highly energetic, almost like in death metal, however are not quite sounding like that.

The whole album features guitar solos from guest musician - Artur Kubiak who is a member of Maggoth and his ripping up guitar solos on #Societykill hit me really hard.

I still think that Dark Angel and Slayer are the most intense thrash metal bands in the world but... R.O.D is doing it differently but also effectively - Polish way, which just means that their music slays mercilessly.  When I was done with playing these 10 songs, I felt like in the aftermath of nuclear war. It feels so good to spin this album and just let the music beat and destroy the shit out of you.

Check R.O.D out if you haven't already because this is a killing spree album.