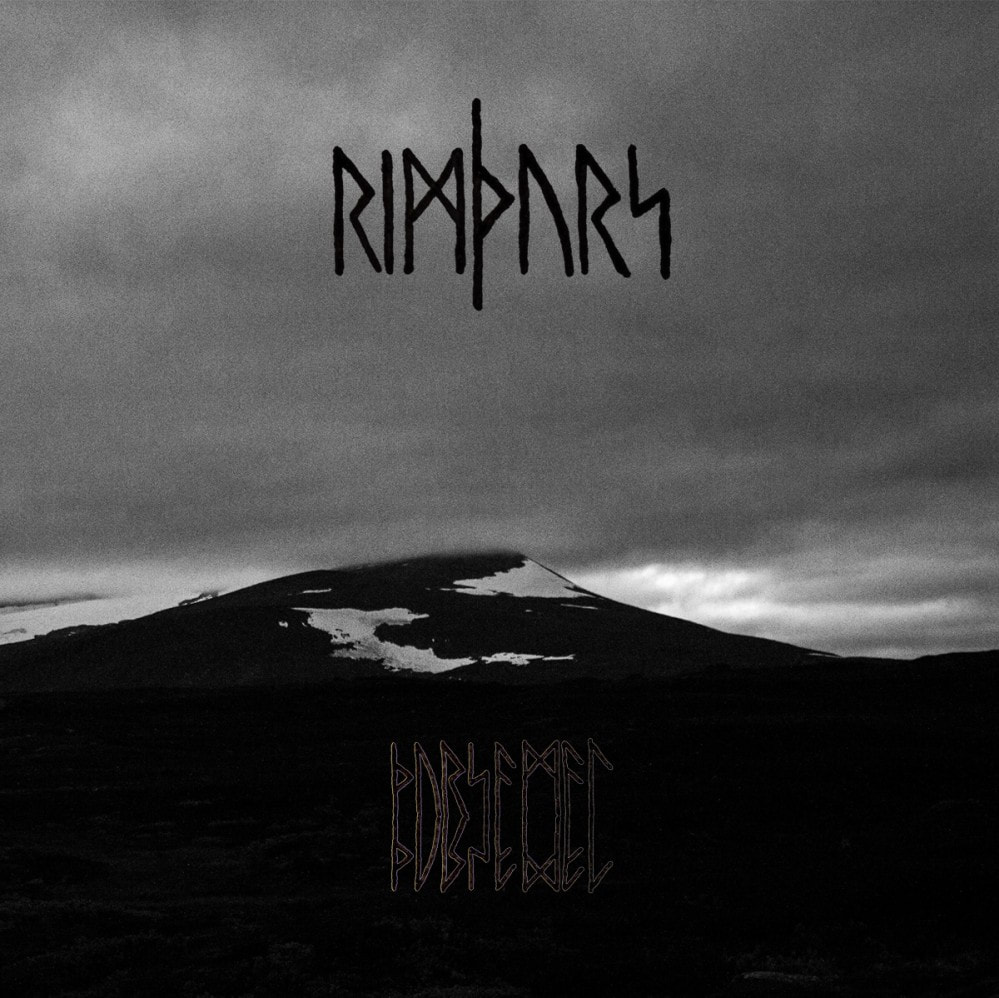 Another band that I am reviewing is Rimthurs. Its creator and originator is Tommy Holmer from Sweden, who plays guitar, drums and does vocals. The album also features Mordh on bass and a guest appearance by N. Sadist, who sang in the song Mot Undergang.

The album opens with a fast, black metal song, guitars sound murky, screeching vocals predominate, although Tommy shows off that he is a growler who operates adequately to music by using  lower frequencies of his voice. A bit of a surprise is the final, acoustic part of the song, which shows a certain dose of paganism in a nature of the band, and the clean vocals buys me for the rest of the album...

Rök is an atmospheric song, more pagan style, with chants.

Then follows a track entitled Nedom Och Nordom, which attracts with dark guitars and merciless cascade of riffs. Speed ​​and wildness, with a pinch of melodic vocals and always nice to my ears - acoustic guitar.

Rimthurs are balancing their music on this album. Hels Gånglåt is a piece with a heavy rhythmic sound and melancholic second guitar line. The first part of the song is more pagan metal, the second part is fast - black metal, but it ends just like it started, in a slightly doom metal atmosphere.

Fast and uncompromising black metal is Ylfskr. Blast beats by a drummer and fast play by guitarist brings a massacre to his guitar strings from start to end. Black metal holocaust is here!

Ginnunga is even somewhat similar to the previous one, but Rimthurs has added some acoustic guitar here, sometimes slowing the pace from crazy fast to medium fast. The nocturnal vocals in the end remind me those from DarkThrone songs.

Niflhelgd is a cool ambient piece that ends this very good black metal album. The vital part of the record are amazing bass lines that often differ from what 6 strings guitarist plays.
​Tracklist: