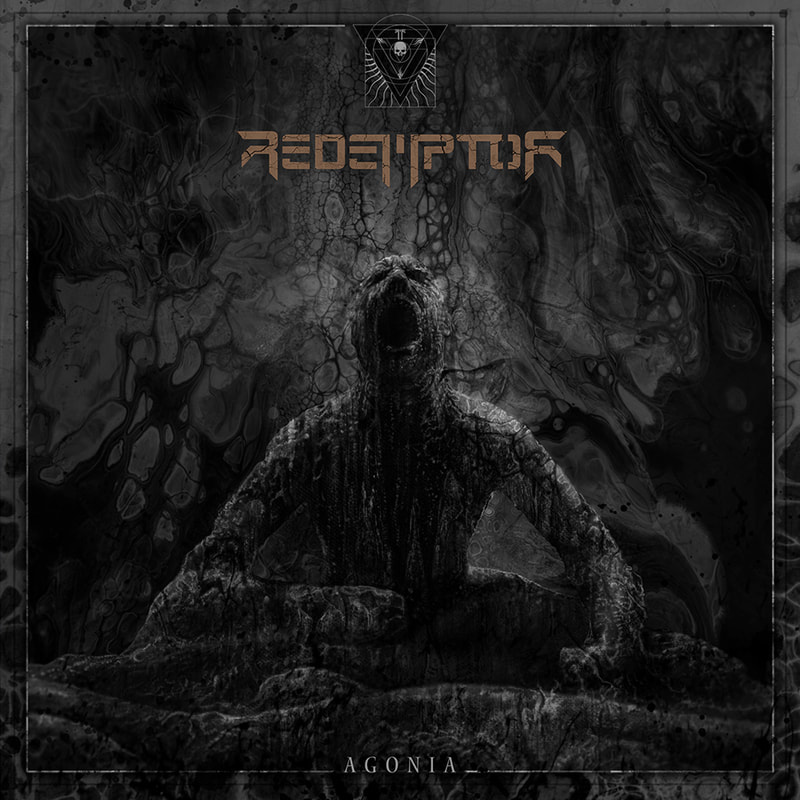 I am delighted to hear a new Redemptor`s album people. The band comes from Krakow/Poland and I am also extremely ashamed that I have not heard their earlier albums (except demos). Agonia is already their fourth full length recording and I know that I will have to catch up with the rest of their katalog.

Agonia is the album with a wide musical spectrum. The band clearly plays death metal, but one that is kept away from things typical. Agonia is atmospheric, they go deep into instrumental structures and do find their style and powerful death metal sound. I don't know why people label their music as technical death metal, for me the band plays progressive, incredibly heavy and ominous metal, often interwoven with post death metal arrangements. The one could say that they dropped off everything what is bad in traditional death metal and replaced it with sophisticated riffs, greater instrumentation (drums, guitars, violin, keyboards- all sound like you are just being invaded by something you wanted to hear for a long, long time..).
Musical ideas of Agonia draw me into the peculiar world of this album because their style of playing keep an incredible flow between simplicity and complexity. What happens next in this album awakes my curiosity constantly, while all what I heard to the current moment feels like they embraced their style on this album as Redemptor. An example of how 2021 death metal sounds-like is the opening song Tectonic Plates. Delicate but persuasive orchestrations therein make them hover above the stars and see what others cannot see in modern metal. It's also a slow and heavy track, minor dissonances and arrhythmic pacing is a vision of how to sound and play with style and to be fulfilled artistically, which I think they successively archive in this album. The band structures their music in comparable ways to Gorguts from the 90`s albums, but still, Redemptor clashes them with atmosphere and more in-depth sound that they hunt in their endless search for musical quality. Of course, they also have more death metal songs oriented, but there is always something there, that make them sail to unknown waters, which sounds very now and original, for instance guitar solos do not match a typical death metal bands, more like spacey, progressive metal, which build a nice atmospheric contrast to death metal direction of their songs. Solos and guitar layers are strong statement that there is more than just death metal in their play. You have to check the track entitled Wounds Unhealed to find out how original they play on this album, how bleak they can be and how experimental they can go with some vocals. End of the track sounds super innovative, in other parts of the songs, guitarists hit those down pitched registrations., like death core band do. These are not all surprises that this album have. Song Les Ruines De Pompei is darker and weirder from other tracks, at the same time, acoustic beginning did not forecast that it will be so twisted song at some points. It`s like a hybrid of death and black metal. Snarling vocals sound very good, some guitar disharmonies remind me of Pestilence. They sound avat-garde in the end of the track, but it`s just how Redemtor is great with what they do. Debris as few other songs starts off with acoustic guitars, then everything turns into noble but brutal death metal. Vibrating guitar solos are somehow attached to progressive or perhaps even power metal in this album. Second track - Potion of the Skies is superb groovy, has a great sense of something beautiful but dangerous, it also has mid-paced harmonic guitars and disrythmia. TAR is a death metal bulldozer (Morbid Angel Style a bit) plus they create some awesome guitar labyrinths. Another indisputably great song is Further From Ordeal. Snarling growls, atmospheric vibe with latter blast beats and arrhythmia compose great with progressive solo. Next one is Excursus Ignis, where post-metal beginning turn into death metal storm. Great guitar structures in the song mark a wonderful potential in this band. Aurora is just instrumental track, but everything on this album feel like unforced necessity. If you had asked me, I would say that it`s mandatory to purchase this album if you have not yet!
​Tracklist:
1. Tectonic Plates
2. Potion of the Skies
3. TAR
4. Further From Ordeal
5. Excursus Ignis
6. Aurora
7. Debris
8. Wounds Unhealed
9. Les Ruines De Pompei
Review by Slawek Migacz
​Added: 17.11.2021
Selfmadegod Records online store