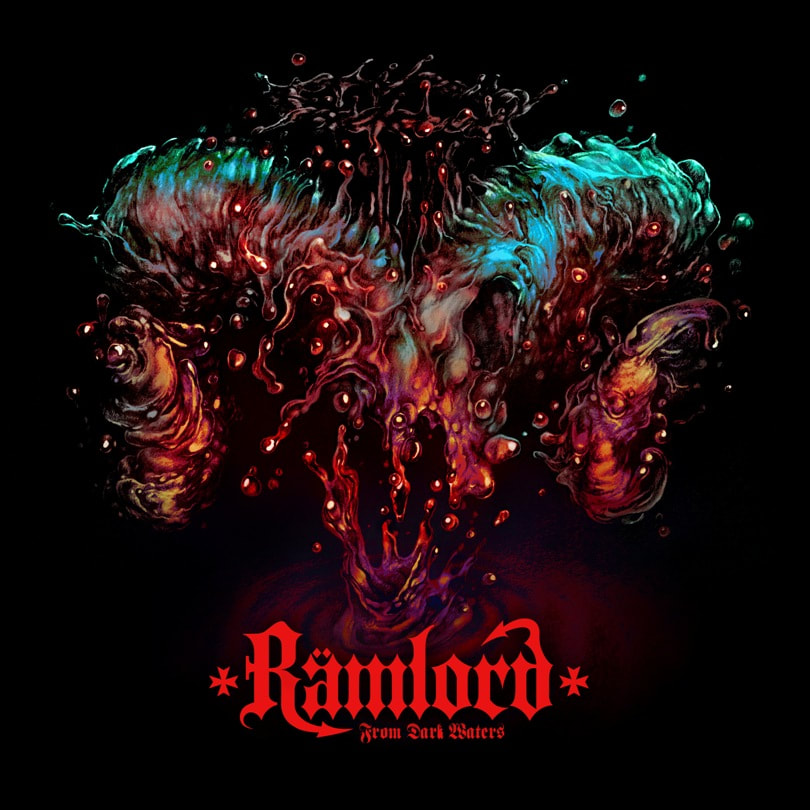 Rämlord featuring guitarist Jarno Anttila - ex musician of Impaled Nazarene and Belial but do not expect to hear anything black metal in From Dark Waters album, only something much better.

The album is an explosive mixture of melodic heavy metal and classic doom metal with gentle keyboard arrangements in style of classic rock ala Deep Purple. The band plays most of the songs on guitar chords which strengthen the effect of heaviness to their powerfully produced sound. Each song is a potential radio hit, particularly Love Of The Damned and Dark Waters of which catchy sounding vocals and melodic guitar harmonies stay for a long in my head. Dark Waters is inspired by H.P.Lovecraft which is eventually that darker side of the band with a quote from his prose performed by Taneli Jarva (Sentenced, The Black Leaggue) in this song.
Singer of the band is Timo Salmenkivi, who has an amazing heavy metal voice that sometimes goes beyond that, and he maybe is the guy who is able to steal hearts from pop music audience because of the way he models his vocals stands out on metal scene.
Album pacing is not too slow and not too fast - pretty much something in between which is more like upbeat doom metal bands do. Rämlord simplified composing of their music so it sounds old school, and the idea of ​​music is delivered in a very easy and approachable musical and textual manner to the potential listener, just like classic heavy metal bands; Saxon, Candlemass, Blaze Bailey...Of course, Rämlord`s sound in this album is modern and very up to date but they stay real to natural values and vibe of heavy metal music.
Haunting All Over The World is so catchy song that it`s hard to resists the music in such shape. Similarly a track Hell Is Here And Now where music and vocal lines are reaching common perfection. There are few hard&heavy songs like Blindfolded, Non Serviam... So, it`s good to hear the band can hit harder and stronger with guitar riffs that breaking down the walls. If you like bombastic, victorious tunes, a track To the Battle  should fulfil to your expectations.

I think with album like From Dark Waters, Rämlord should be able to conquer every land they might have in mind with their new songs. I don`t know about you but their music make me feel great.