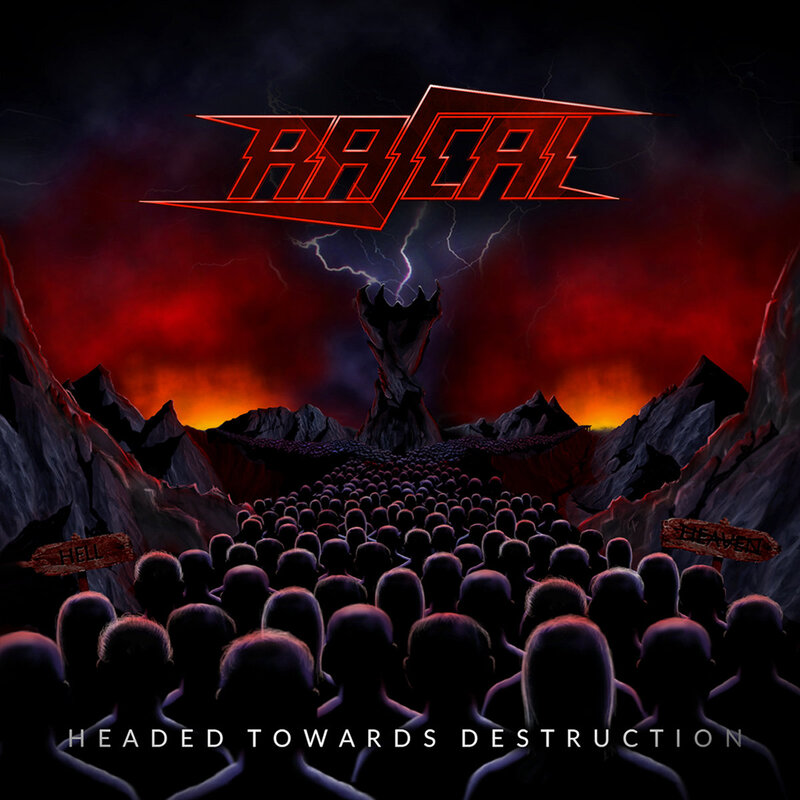 We all know the term speed metal, but honestly, I don't remember the last time I listened to the speed metal band, so it must have been quite a long time ago, like last year I suppose. Rascal from Warsaw is a classic representative of this style, and on this mini-album there are a few cool songs that may not sound super original, but they refresh my memory about speed metal in general. Headed Toward Destruction has melodic songs, with an edge, energy and of course, those tracks are pretty fast. They play technically well, which allows them to turn their musical imagination and ideas into songs they like. There are songs played with fervor, verve and tracks feature solid guitar solos. Most of the songs are shredding speed metal tunes, but they lean them towards heavy metal, quite often actually (I could point out some riffs similar to Halloween or Iron Maiden but their music is definitely much more in the vein of German speed metal than NWOBHM). Their tunes also have a dose of speed thrash metal - intensive and aggressive guitar play is razor sharp. What else...galloping tempos, guitar harmonies, a few guitar chords sound good, but not outstanding but yeah, -speed metal passages (!) - both melodic and technical are essential for this type of music and Rascal made it work in their own songs.
I like it more when the vocalist sings high, with his clear voice, also when he creates many melodic lines, and those moments where choruses are heard are also my favorable. Drumming is not particularly great in this record, because their drummer had not much choice but to play fast, as guitarists do, which is just okey.

I am glad that Rascal did not go soft while recording their melodic speed heavy metal, get ready for a fast ride when you decide to pick up this record.
My best tracks:Headed Towards Destruction, Don't Look Back, Kingdom of Misery.
​Tracklist: