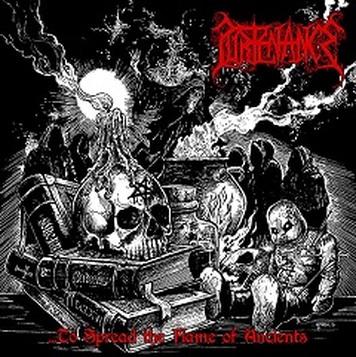 Purtenance
...To Spread The Flame Of Ancients
Xtreem Music CD

This band carry on the flame of traditional death metal and  feels like I`m back to 90`s when the wheels of death metal development took the massive movement In Europe and Scandinavia and from its cradle became most deadly to the world years later. Purtenance poked my forgotten memories of that era and that feels great I have to tell.

This Finnish band is one of the oldest on that scene and just after few seconds I knew they fire the torch to my flame as it used to be. This album is 11 songs length and is heavy as hell with real death metal growl vocals, unsettled sound, primitive and obscure guitar lines and stinks like dead body. I have honest appreciation to rawness and how brutal and natural this album sounds as it was recorded 25 years ago or so. If you play those tracks and you are a maniac of origins of death metal as it supposes to be then you are motherfucker who will enjoy every part of this rotten death metal album as I do. That`s just up in the air they have written entire CD meaninglessly as it should be done and that`s a huge force of death metal energy upon those compositions without doubt. Very nice black and white cover arts got me even more into the band and you can read some lyrics which leaves you everlasting dead if you like.
​
Thank you the whole band for signatures on my CD and everyone out there just must buy this album. 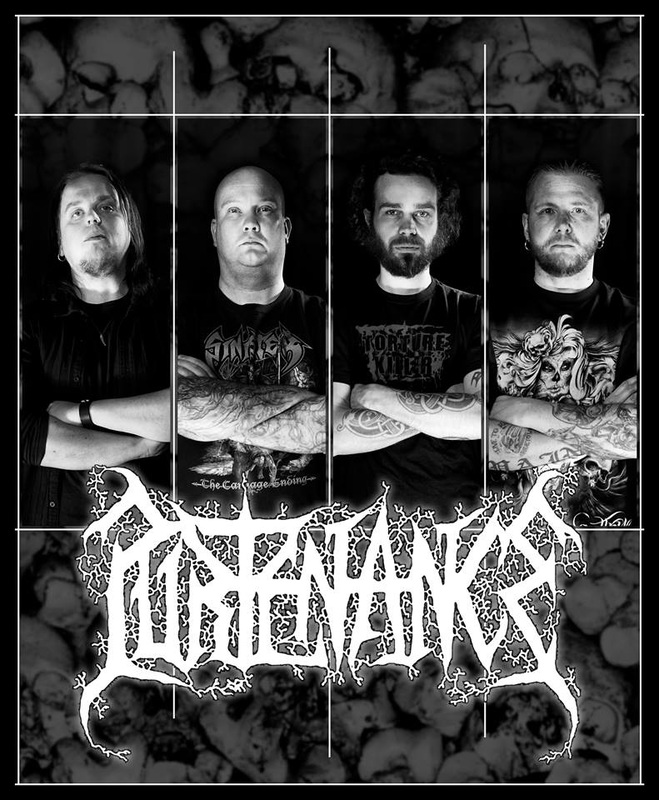