Prophets Of The Apocalypse
Threshold Of War
Sliptrick Records 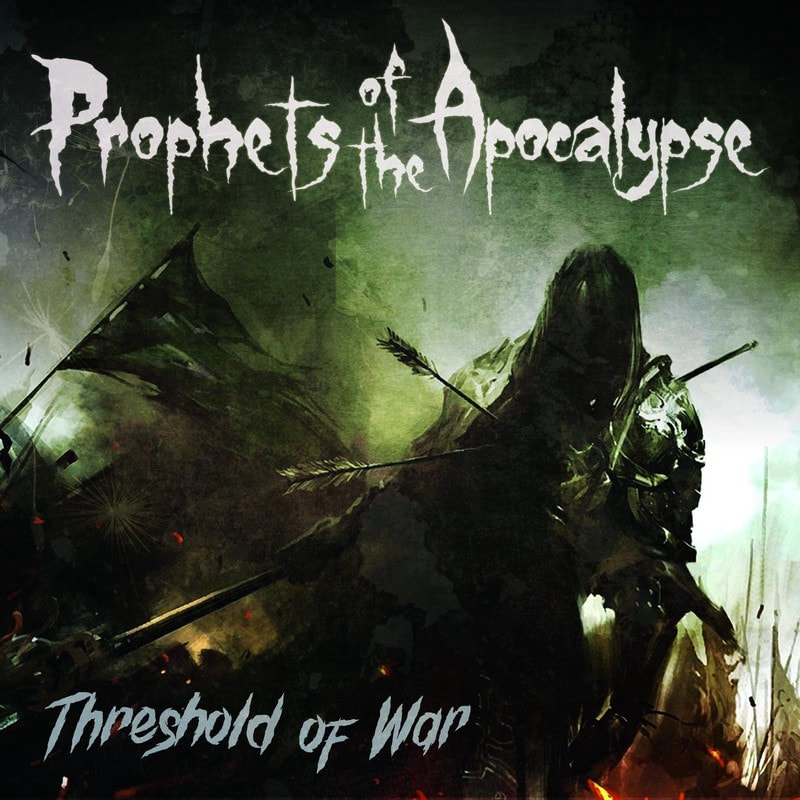 Almost one hour of thrash/death metal performed by Pete Serro only. Songs had been recorded in actual studio which can be heard by quality of the album. Every instrument has tracks of clear sound which is good, however music can be recognized as written and put together by just one person. I mean, songs do not sound fluently but have a solid vibe of the underground album.

What is to like the most; always creepy or sometimes whispering (almost) vocals, that`s for sure.  If you like vocals from Killjoy ( RIP) of Necropgagia, I assumed you might like Pete` too. Thematically, the album is about/or around war themes. There are a lot of guitar solos which one time sound chaotic, the other times better, smoother but never perfect. Music is performed archaically, with slightly brutal and aggressive moments in songs. Sometimes music sounds a little more atmospheric which is caused by darkened death metal guitar riffs which also can be creepy. I think that diverse drumming is the strongest factor of Threshold Of War, vocals too. Album has a rusty wall of sound and guitars along with vocals lead music narration of the album which passes the test because, I am drawn into the music of the band and, I keep up with music literally from track to track even if sometimes what I hear sound a bit awkward. Of course, there are better moments or those less captivating but it`s certainly not a bad album, it`s just that the songs are not technically perfect, so the music is chaotically tied.


A song with many ideas-turns, groove and nice guitar leads/atmospherics is Maze Of Doom.
Archaic/chaotic tracks are Burn The Dead (grumpy vocals), Never Retreat, Never Surrender, Shield Maiden (twisted guitars)/Hierarchy Of Terror (total metal chaos), Ancient Wars (chaotic guitar solos), Sky Ablaze (oppressing guitar riffs, clanging bass and more thrash/death metal music turns). Other like Dead Winter Night has best drumming of the album in my opinion, Trophies Of War is like 80`s archaic thrash metal song - music has moved on forward from that point, a looong time ago. A bit more smoothly going, better tied song is Ashes but seems that archaism in music of this band is just attached to songs which is what you can hear quite frequently. Because of that, music can sound originally for some of you. For sure, the album doesn't have the feature that would "say" that music is a group effort, which in fact is not.

Threshold Of War is not too bad and very spontaneous old school thrash/death metal album with very good vocals, drumming and lyrics. Prophets Of The Apocalypse is just a very apt name for this band.
"...Rivers of blood tell the village beware..."
Tracklist: