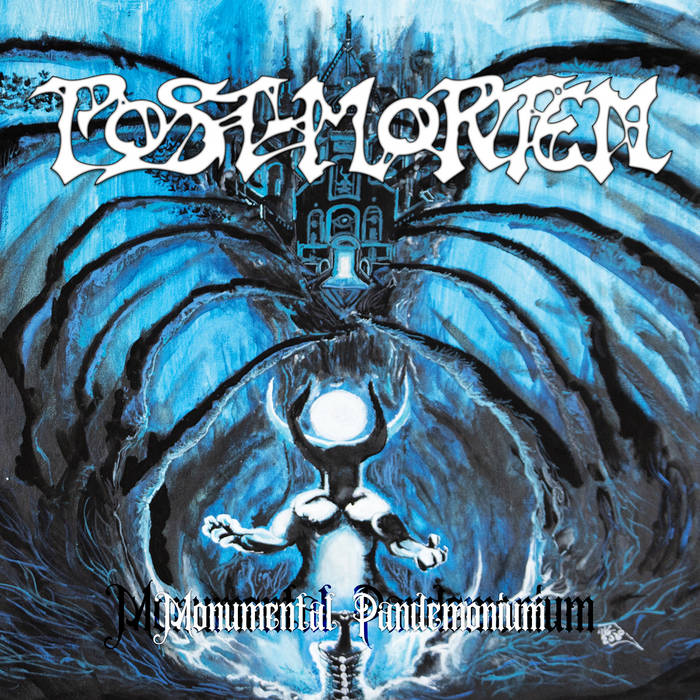 Post-Mortem appears to me as a version of French brutal death metal, but not as typical brutal death metal band. In this very album, guitarists are shredders, they just play as it would be written in every book about death metal, and pummeling drums manifest musical annihilation as we know it from the genre. Those moments with blast beats are probably the most brutal of the album, which eventually can satisfy grind core maniacs, also. Post-Mortem diversifies the skeleton of their songs this way, but also, there are other elements of death metal craftsmanship. When it`s not that fast, Post-Mortem delivers ripping death/thrash riffs that are little more technical, however I would not say it`s technical death metal album. The third aspect of their music is their inclination to play melodic riffs or guitar solos, although it is not a full-time melodic death metal band, and they don't cross the line here to call them such a band. Certainly, having a brutal death combo (sort of grind core drumming and low growls), hitting hard thrash / death metal riffs with brutal tendencies, but also melodic moments, it created some solid death metal foundations, even if the long opening intro is actually annoying. However, I can write that the album keeps my interest to the band`s music, but on the other hand, I don't think that it's an album of great achievements. I think it's both old and new school of death metal with a modern sound that fits well together, but the fact that it`s the new death metal release, does not means they deliver something new in this kind of music. However, I would not be myself if I had not written that the recording has some interesting attributes - pacing, variety of musical ideas, a little experimenting in musical structures, few dystopian-sounding keyboards, it`s all good. And it is all born from death metal that sounds similar to some other bands, at the same time  it's well produced and  fresh piece of brutal metal.
​Tracklist: