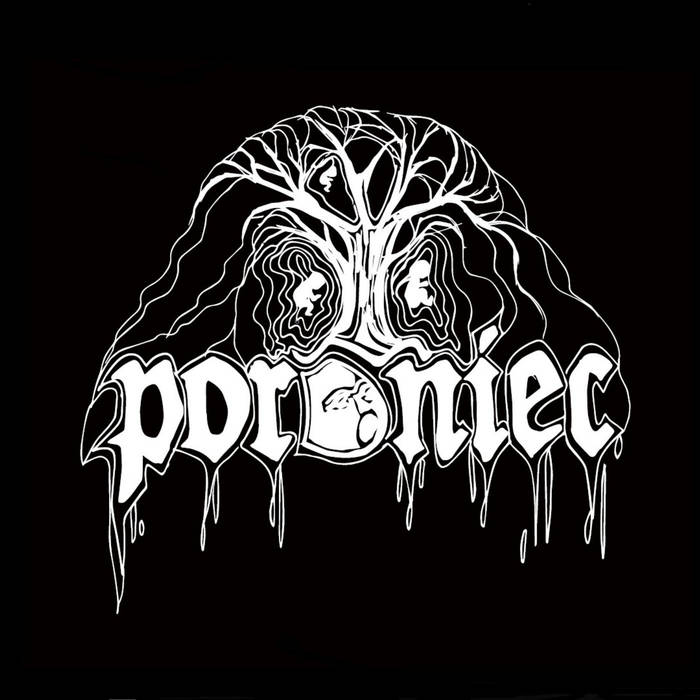 Poroniec from Kraków/Poland is totally new entity on black metal scene and it`s their debut release.

All lyrics and vocals are in Polish. Hideous and morbid sounding growls of vocalists are easy to understand which (as you may know) not always happen in extreme music. In lyrics, you can find references to nihilism, paganism which involves deep thinking of their authors.

First song sounds like hordes of other black metal bands and I do not say it`s something bad. Sometimes, it`s just very hard to avoid cliche... There are however some riffs at 2.00 mins (once again at 4.00 mins) that are actually quite interesting. And, at 1.13 minutes Poroniec sounds almost like raw Norwegian black metal band. In other cases, the song is averagely fast or very fast.

In Codziennośći the band used keyboards (actually, they did it in the beginning of each track, similarly) to get some ambient vibe. Just after that, the song goes very fast with blast beats, merciless and harsh guitars (Immortal) but darkness that they spread in this song is absolutely flaweless!

In closing track, Poroniec used clean vocal chants (it significantly elevates the quality of their music) and the band sounds really convincing with this element in their black metal music. They did not made it in any previous songs but of course, you still can hear rough black and death metal vocals in this track. This is slower song (they speed up occasionally) with more groove and icy guitar riffs but music has a feeling of a battlefield and yet, something else that I can`t recall in my mind at this very moment...  This is the most varied song in this demo and I must say that track after track (songs 2,3 in particular), Poroniec is making a better impression on me.
​Tracklist: