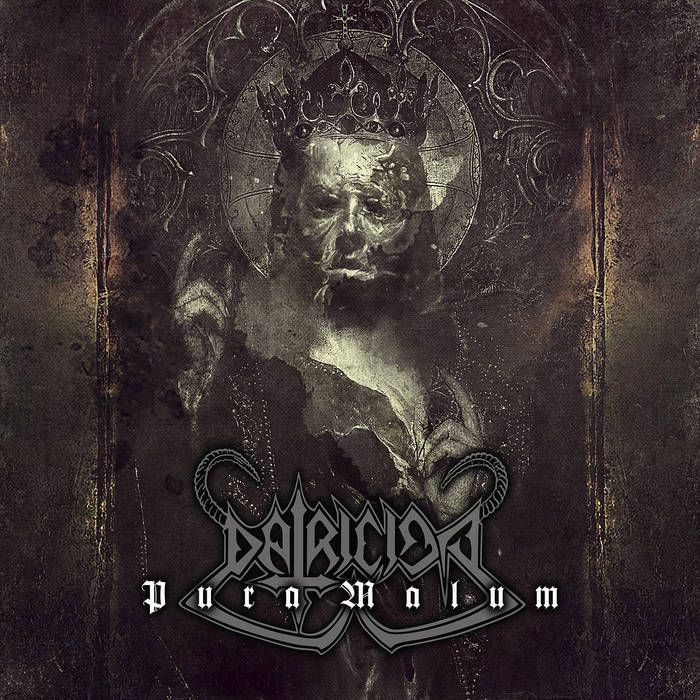 Even if Pura Malum has a kind of similar studio production to the previous album of the band („Capitis Capri Sancti” from 2019) and project Elegis (this one is run by Baron, the member of Patricide), music itself manifest the progression of the band, without doubt. Patricide is the old school death metal that delivers what is expected (Odwieczni Wrogowie), although they gathered some elements in their music that keep their sound fresh, crushing and darker in the essence (Dom Wiecznej Dysharmonii). Album is full of rhythmic guitars - sometimes catchy, the other time Patricide surprises by playing brutal but nice and groovy guitar harmonies, like in song Martwi Zywi. Lyrically the band`s message is rebellious against dogmas, sacrilegious, and even blasphemous, so that their death metal keeps its primal character intact. The band is very good at medium pace that reminds me a bit Behemoth, Elegis, like in the track entitled Neron Imperia. Patricide song writing is fairly simple but sophisticated music ideas is what make this album being very interesting. Strong feature of their music are melodic leads that balance brutality of their songs with something that is more gentle in face of death metal. The Guitar layers are very well made and complex - the song Arkadia is an example of hitting the right strings when searching for more spacey musical odysseys by Patricide. Pura Malum on the other hand is brutal and catchy at the same time by its ritualistic vocals and excellent guitar harmonies. It`s also heavy and atmospheric death metal that shine in its layered depths and crushes as faster drum beats stronghold the sound of the band (Armilus). Of course, the vocals in the album sound abyssic (that`s why lyrics are included in the booklet of the CD to clarify any of your dubiety), but, sort of vocal choirs that the band performed in songs at places, sound really dark and brutal in extreme guts of this challenging in listening to album, which is definitely a strong chapter in history of the band.