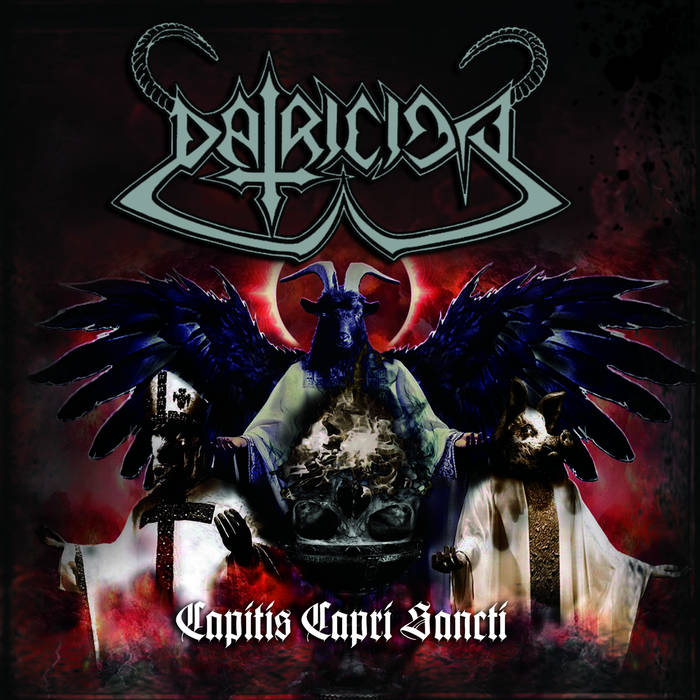 Patricide was formed in 1993 (no demo or album recorded by that time) and they quickly split up. Today, Patricide are only two persons; Baron-instruments,vocals and Mantas on bass. They decided to come back after 25 years to record 5 old songs, 3 brand new tracks and cover of Sacrillegium which was one of Baron`s first band he had played for.

Capitis Capri Sancti invokes old school death metal times in the music and they captured 90`s sound obscurity for this album which is straight from hell.
​Patricide plays very atmospheric songs with blasphemous, dissident  and luciferian edge to lyrics. Every riff sound like forged by unearthly devils themselves which create that occult and evil feeling attached to the songs . Vocals are powerful, grim and dark growls.
This album sounds like true death metal record. Songs overwhelm with weight of crushing riffs. Music is brutal but not devoid of tempting melodies and rising-pulse keyboard passages. Darkness spreads its invincible wings over this album in every track, very naturally and Patricide does not  push the album to fast pace often. I find it comfortable to listen to Capitis Capri Sancti when they play the song in slow and middle tempos. Baron and Mantas are really creative when they need to touch the darkest places in their minds and transform those ideas for the luxury of their death metal songs. Capitis Capri Sancti proves that classic death metal is still as good as in the beginning of its time but fire and ice are in complete music unity on this album.

Patricide came back from the dead with truly obscure and extreme metal songs. Capitis Capri Sancti convinced me that dark forces of death metal are still demonizing and in strength.