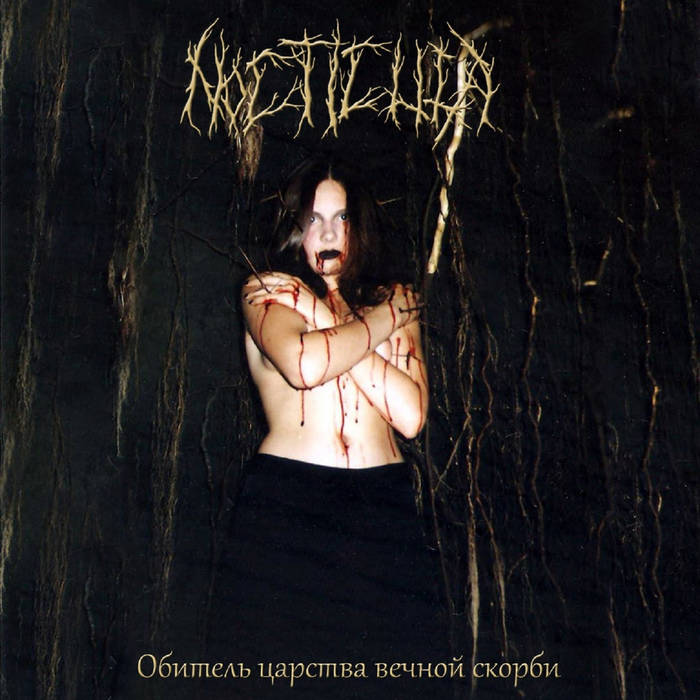 This is re-release of the album that was originally out in 2000. I am not surprise that somebody needed it badly to remind the world that in Ukraine, there was the band worth mentioned, such as Nocticula. When I first time heard the music of Nocticula (barely 1-2 days ago), it brought to me great memories, because I could associate this band`s black metal to my other favorite black metal bands...

Nocticula lyrics are in their native language, which make them sound differently from bands that sing in English, kind of like Slavic black metal - I think it would be best description of their music. It`s the record that sounds very rough and niche, but at the same there is the passion, spontaneity and original music ideas that wins my full attention to their songs. They combine grim guitar sounds with melodies and folk influences, the way that their music earned its original character. Of course, the whole production package is consisted in the bubble called black metal where they sound like bands from other countries, but musically, they play unique black metal tracks. Production of drums is made in style of Sarcofago when they used drum-machine, the difference is that Nocticula recorded the songs with real drummer. If you like Master`s Hammer from Czech Republic, shrieking vocals on this record are comparable with that band. Nocticula does not has much to do with music of Norwegian Mayhem, however they sound a bit like their earlier releases, which mean - very raw and authentic when comes to play music, where nothing stink trendy, only gloriously mean. The band plays music with keyboardist and that found its common flow with bleak sound of guitars, bass (I am so glad that bass tracks can be easily follow by ears on the record). Harsh vocal harmonies also sound melodic, really primal and sense-full. There are passionate rhythms and beats on this record, very basic riffs strengthened their song-writing, and there is a perfect flow in their music as it was in the beginnings of black metal where passion to music was more important than everything else. There are atmospheric tracks here, faster and slower ones, atmospheric and acoustic moments, but foremost black metal by Nocticula is great, very warmth, melodic and dark in its own way.
I deliberately won`t write song descriptions, because I think that the whole album deserve attention and highest appreciation for music authenticity and flaming ideas. FIRE!
​Tracklist: