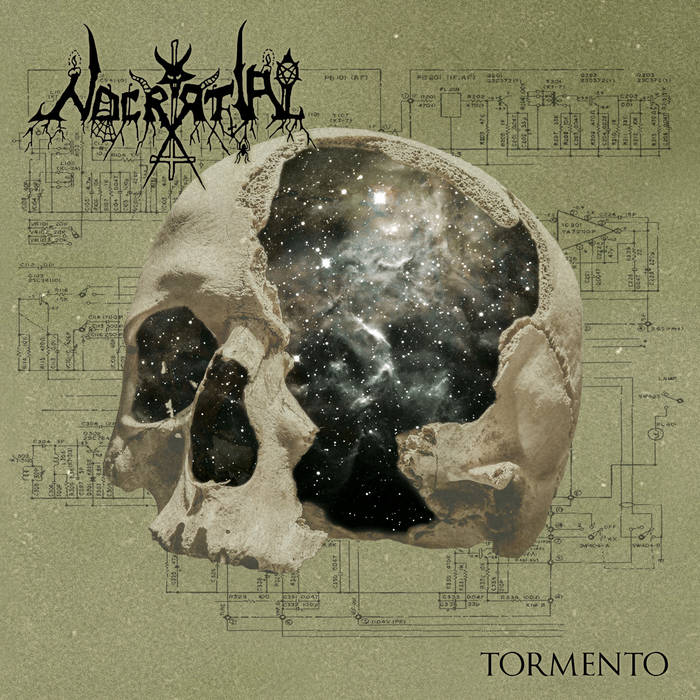 Nocratan is Italian band and Tormento was recorded in 2011 but released just recently, in co-operation of 3 labels.

8 tracks, 53 minutes of harsh sounding black metal is my first impression about this record but they do not make fast or brutal songs. Most of the tracks here are written in support of simple music with little more memorable guitar rhythmics, which is why particular songs are easier to follow. The tracks are based on few riffs with old school black metal -punk attitude but it actually works.

I know there are people who cannot accept artificial drums and this is one controversial thing about Tormento - there are no real drums here. You can only hear all kind of samples, programming in which every beat is generated by the machine – you know it at once when you hear it. Still, I do not think it is bad because the songs are not complicated and less chaotic which could be a case if they played very fast. With all that industrial, electronic  noise and basic black metal songs, the record might feel like Satan just came to town to have some techno-black metal party. Eventually, Tormento feels that way when you think about it and listen to the album at the same time.

Vocals sound hideously black metal but it`s just OK, I would not see it done in a different way as they draw inspirations from 90`s black metal ( Aborym, Mayhem etc).

There are some fragments taken from Italian movies to give music some thrill and madness but do not ask me, I do not recognize those films - almost everything about this album is in Italian.

There is always something happening musically or otherwise on Tormento which is sort of diversity of the album, but I can`t say much positive things about the sound of the whole record, which is too bad to be good but acceptable.

It is however a bit different album from other black metal releases which may interest you.