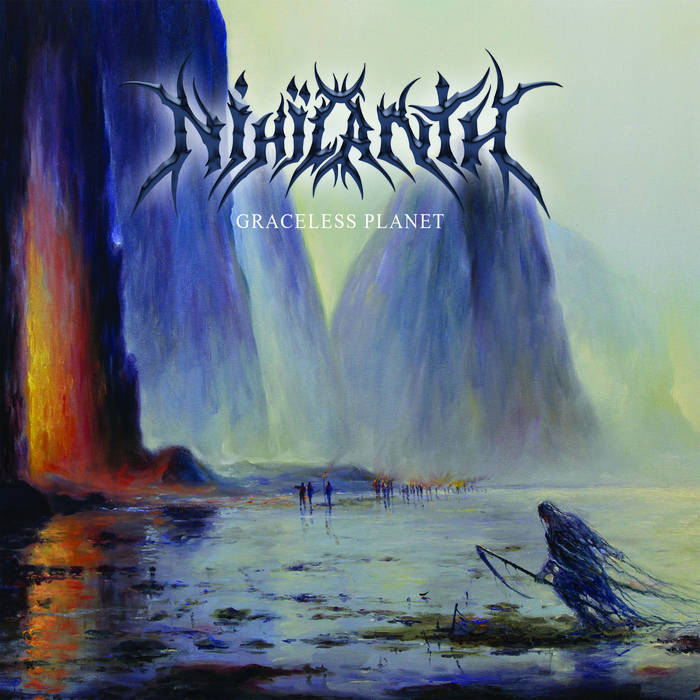 Nihilanth is one of those old school death metal bands that reminds me times when I was maniacally listen to French extreme metal like Loudblast, Agressor and Massacra. Nihilanth adds some technicality to their performance that makes them sound more aggressively. They have heavier and more brutal periods in songs while music is generally middle-paced, fast, occasionally very fast on drums. They try (successively) and bring some melodies into music, which builds diversity of the album. Bass in not in a background, many times you can hear their band member playing pretty audible, and it`s just nice to get some impression off this album that bass-play counts as much as the rest of the instruments (Visions of Al-hazred). Sound of drums is very fitting in, kind of surround production to it, and there are spaces between all instruments where you can listen and enjoy music as you like it. There is a track without vocalist entitled The Cairn which has nothing to do with death metal, but you are just constantly aware that it`s just a calm before the storm, and that Nihilanth primarily belongs to death metal. They either play simpler brutal parts, more technical riffs, or guitarists, sort of clashing each other by playing no-linear musical ideas. There are few tracks where they sound and play similarly to Vader, Trauma, Malevolent Creation, Death, (better tracks: Le desosseur de cadavers, Inversion of values, Shared minds...) and it`s nothing to be offended of, it`s just a prove of quality that this album has. Their vocalist does really “brutal” job with his growling vocals and what else can I write...It`s French death metal album, featuring American and European influences, if you like 90`s era of this genre, check out this band.
​Tracklist: