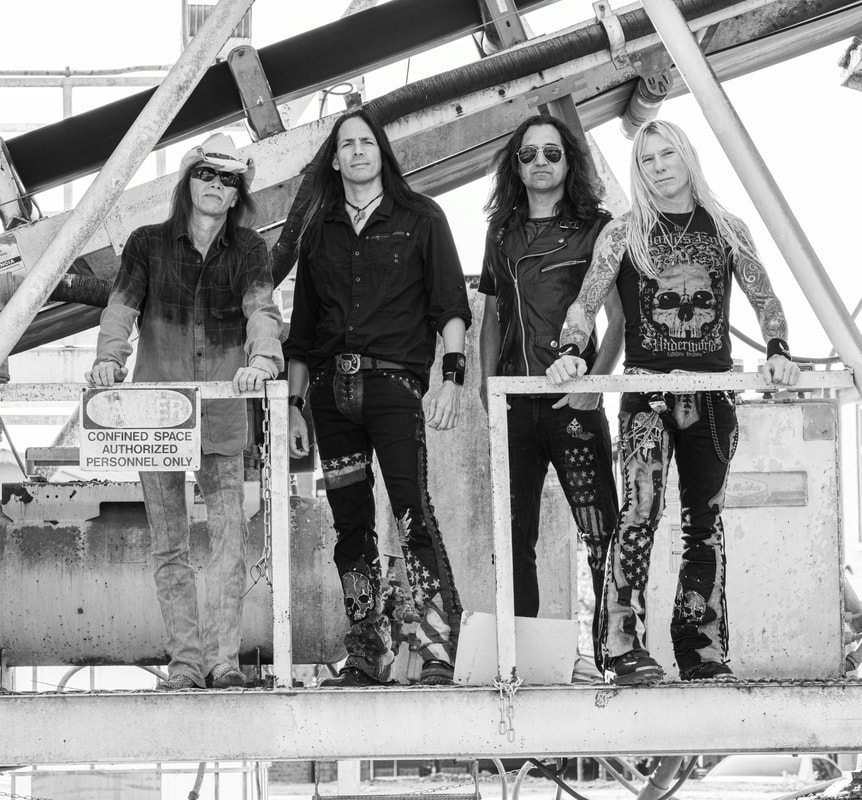 CHICAGO, IL (January 13, 2022) -- Voodoo Moonshine has signed a label deal with Dark Star Records and announces their new album "Bottom of the Barrel" is now available for Pre Order. The new full length CD will be available at all retailers worldwide as well as all digital stores on 02/04/22.

"Our new Cd "Bottom of the Barrel", is a new collection of bluesy groove raw rock-n-roll, mixed with a melodic feel and a little bit of attitude. It’s been a long time in the making and well worth the wait!" -- Pedro Espada, Voodoo Moonshine

"There is incredible talent in this group of hard rockers from down south, and their new album tells real stories of love and life from a band that lives the lifestyle, and a live show that should not be missed" -- Jeffrey A. Swanson / President / Dark Star Records

Voodoo Moonshine, a “bluesy groove rock band”, currently from Florida/Georgia was formed in Memphis, TN in 2003 by lead guitarist, Jeff Losawyer. The debut album, Decade of Decay, was released in March 2005, and was well received throughout Europe. A tour was booked, including shows in England, Ireland, and Scotland. Due to the album’s success they were voted “Number One Band” seven times in England, and six times in Japan. In mid 2005, Voodoo Moonshine was introduced in Dublin, Ireland and quickly became one of the top three requested bands there.

Their debut received rave reviews in many music publications including R.I.P. Magazine. 2006 saw the band’s popularity continue to rise, and rock radio around the world stood up and took notice. Voodoo Moonshine could be heard in Portugal, Greece, Canada and of course, at home in America. Many times during the year, the band’s songs charted ahead of some of rock's so-called heavy hitters, like Bon Jovi, Skid Row, Guns N Roses and the Scorpions. The album Decade of Decay continued to do extremely well deep into 2007, more than two full years after its release. As the year wound down, the band took some much needed, and well deserved, time off. This eventually led to guitarist Jeff Losawyer's work on a solo album. Jeff continued to write music during this time, and never gave up his passion to play.

Fast forward, and suddenly 12 years had passed. Interestingly enough, he heard Pedro Espada singing in a YouTube video and really liked what he heard. He took a chance and reached out to Pedro to see if he would be interested in singing some of his songs. Initially he didn’t receive a very warm response. As a matter of fact, he was mostly ignored, but he knew he had found the right man for the job, so he was persistent. His persistence paid off and Jeff was invited to Daytona Beach Bike Week 2018 to jam with Pedro and his bandmates of Rockit Fly. Needless to say, things went well with Pedro, former Nova Rex member Eddie Cruise and Hector Acevedo, merging together to bring back Voodoo Moonshine.

There is a lot of talk for what the future has in store for Voodoo Moonshine. Stay tuned...