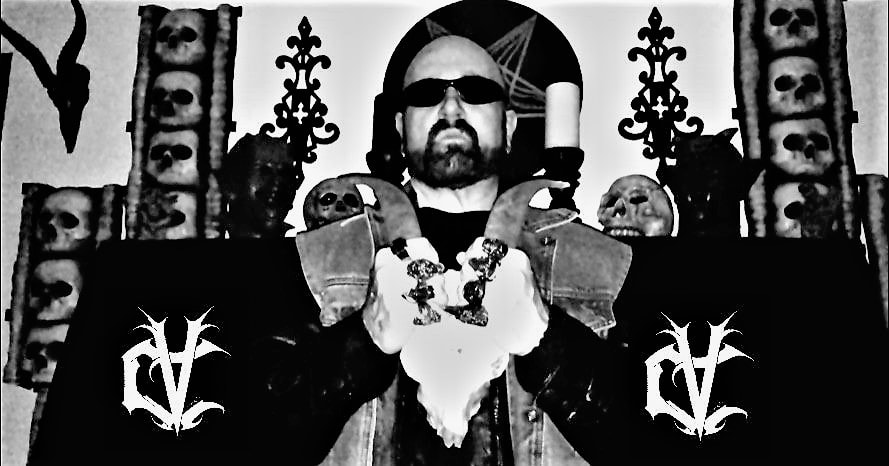 Premiere of the 2nd single from VINCENT CROWLEY
ODIUM RECORDS announces the second single “My Eternal Vow” from the upcoming album of an underground legend – VINCENT CROWLEY “Beyond Acheron”.

You can watch the video here:
'My Eternal Vow' is a macabre tale about a husband that can not deal with the death of his wife, so he takes her corpse, makes a shrine, and keeps her in his life. A bit of a romantic case of necrophilism. The music is very Doom-influenced with almost a dark rock/metal flair, while the main vocals being used are more of the Black Metal style for the most part. Amazing guitar solos with a solid drum and bass guitar backbone.

VINCENT CROWLEY is trying to bring back the feel of days of the underground that wasn't limited and constricted to one music genre. Fans of ACHERON, BLACK SABBATH, BATHORY, MERCYFUL FATE/KING DIAMOND, TROUBLE, CELTIC FROST, CANDLEMASS, and even DANZIG could all enjoy this new band.
Added:29.05.2021
Premiere single from VINCENT CROWLEY and pre-order of the debut album.
ODIUM RECORDS proudly announces first single “La Muerte” from the upcoming album of an underground legend - VINCENT CROWLEY “Beyond Acheron”.
You can watch the video now. 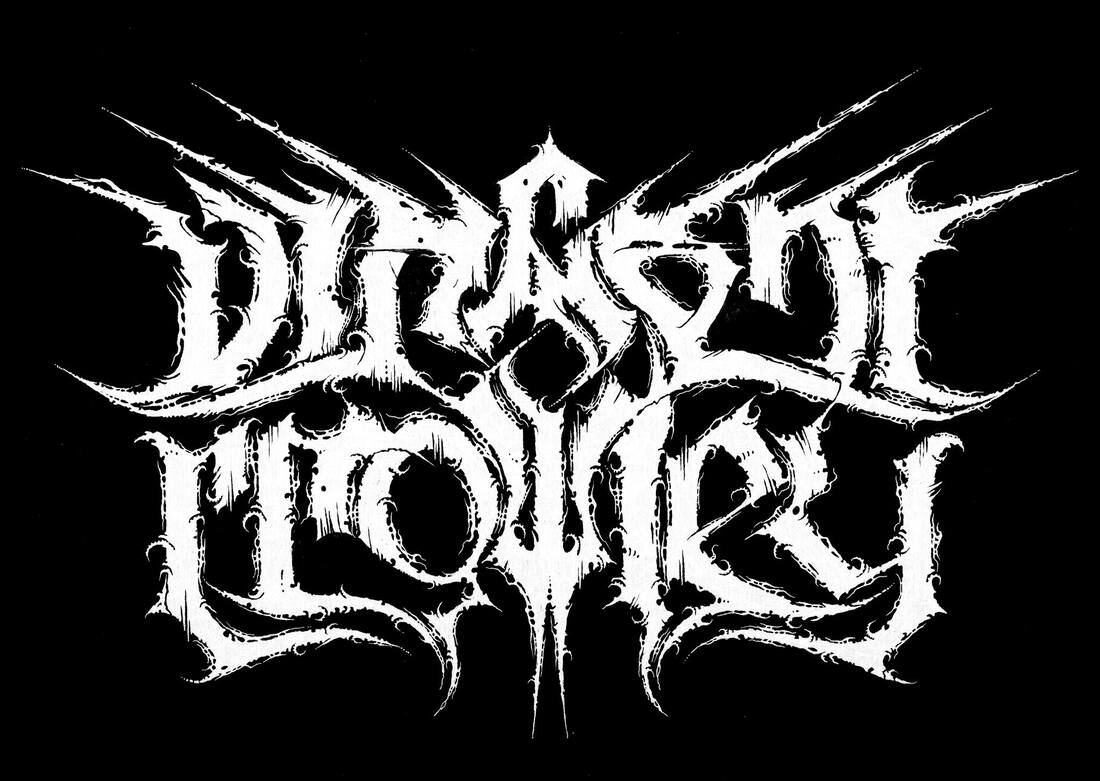 After 30 years of fronting Black / Death Metal underground legendsACHERON, lead vocalist Vincent Crowley put the group to the rest to pursue a solo career with the VINCENT CROWLEY band. Back from the blacked Abyss, this new musical entity veers to a different dark path from his past work. Instead, the material is influenced by all kinds of metal music and is hard to be automatically lumped into any certain genre. Along with their macabre music, a visual stage - show of horror is planned for live performances.

“Beyond Acheron” was recorded at Sonic Lounge Studios with Joe Viers as a producer. This 8-track album has a dark sound, while maintaining a great production.

Lyrically, “Beyond Acheron” is conceptional album. It climbs the rungs of the latter of death. From beginning to end it takes the listener on a ghastly journey with somber tales of doom, casting a Poe-esque shadow.

Album is going to be released in June as a digi pack cd, jewel case cd, limited Wooden Box, Lp and on all digital platforms together with cult Norwegian Vulture Lord which back after 17 years with a new album “Desecration Rites”. 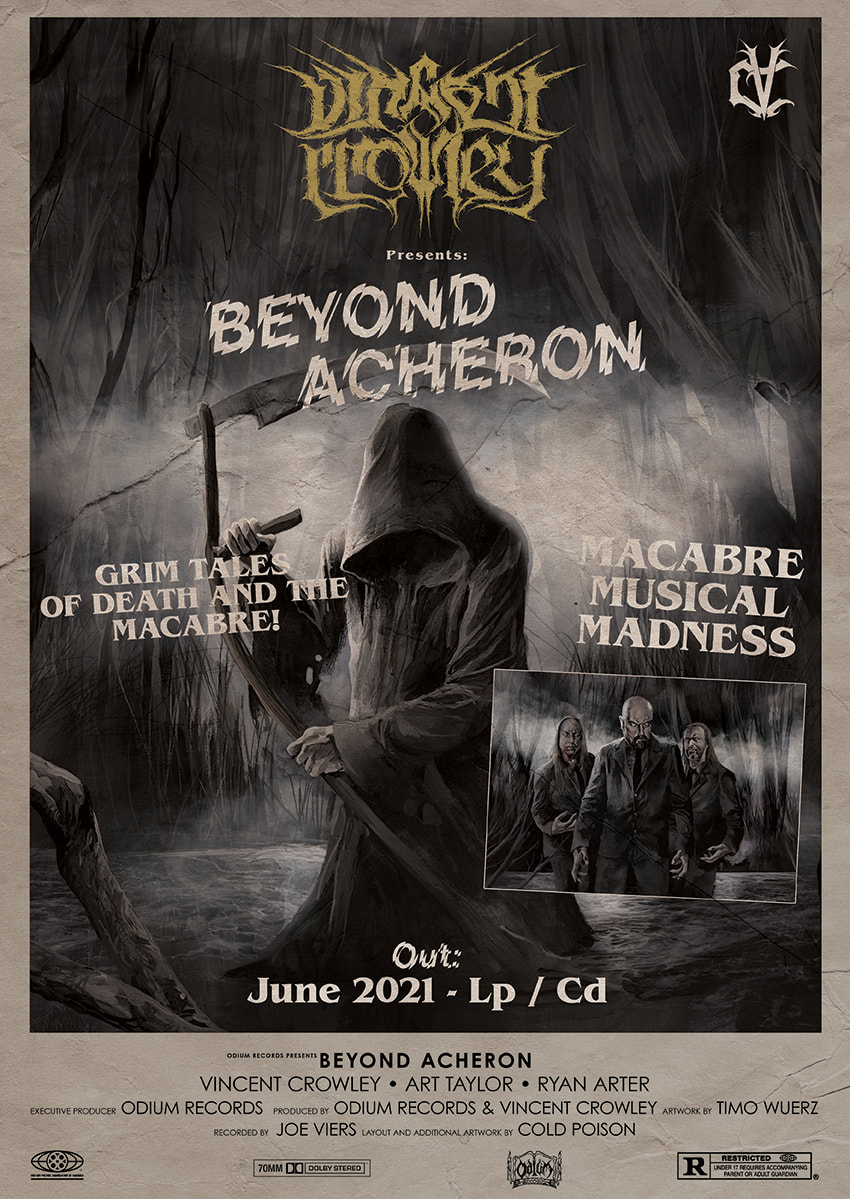