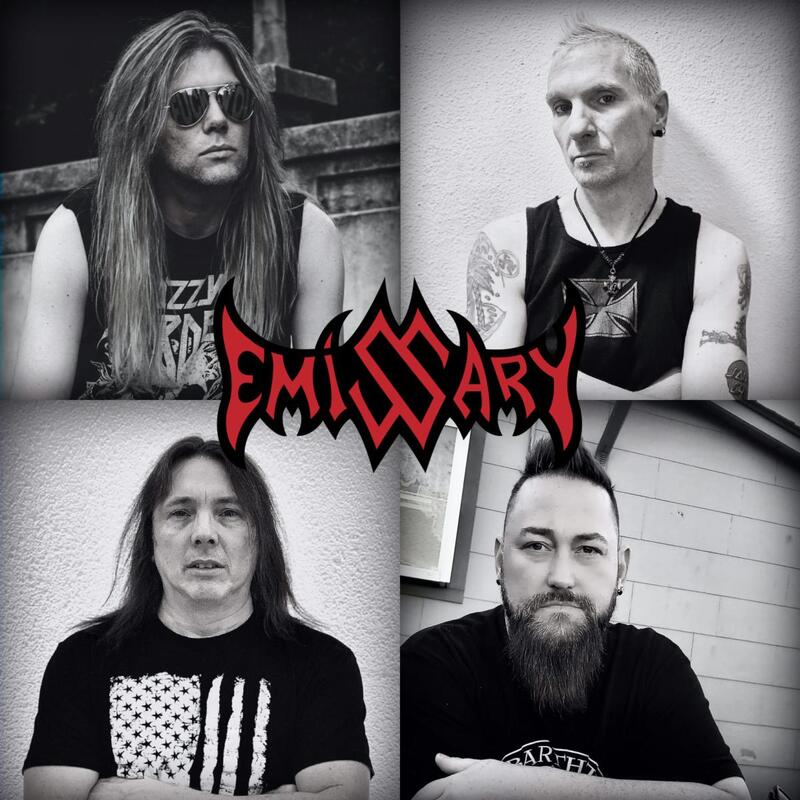 Medford (OR) - Southern Oregon melodic thrashers EMISSARY have reformed after a 25-year hiatus to record a new album for Germany’s Underground Power Records, to be released on CD and vinyl later this year.

An official lyric video has been uploaded to YouTube for the demo version of the song “The Silent Treatment." Check it out at youtube:
​The band can be seen in the historic new book by NW Metalworx, Rusted Metal: A Guide To Heavy Metal And Hard Rock Music In The Pacific Northwest (1970 - 1995), and the newest issue of The Metal Mag (UK).

The reformed lineup consists of SYLENT STORM’s Jym Harris on lead vocals, original EMISSARY drummer Eric Hoover (who played on the band’s Nowhere Left To Run demo in 1994) and from SONIC OCTANE, bassist Pete Kinney (who originally joined just after the departure of Hoover in 1995) and riff master Tim Dahlen on guitar, who along with Harris composed most of the band’s music in the past.