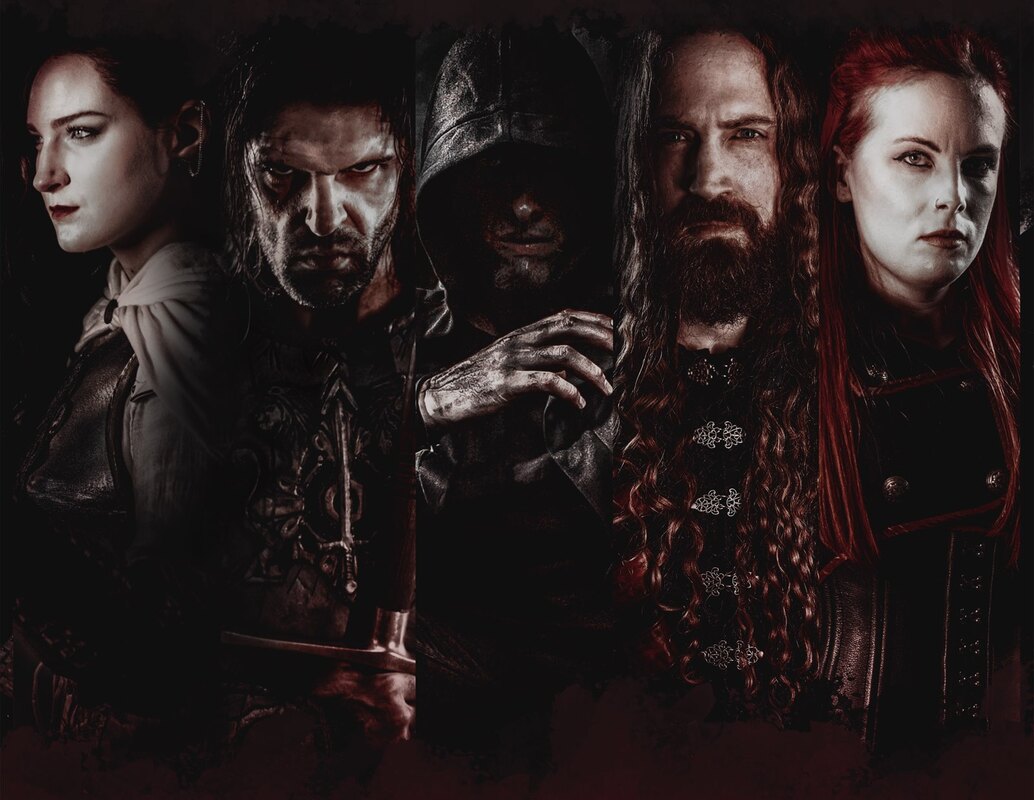 CHICAGO, IL (January 3, 2022) — Theatrical metal opera production DiAmorte have released the video for their new single "Where The Light Grows Cold." Drake Mefestta talking about the new single, "We can’t wait for you to hear this absolute BEHEMOTH of a track featuring the Budapest Scoring Orchestra and the international cast of DiAmorte. Trust us when we say you’ve never heard something quite like this before, and that’s a promise."

Watch the video here:
The talent involved in creating the song and video is amazing. Drake Mefestta discusses what it was like working with all the talent on this song, "A book unto itself is required to give the worthy amount of praise to each talent that bled themselves into this. This song journeyed around the world both in music as well video alike. Regardless of future accolades DiAmorte may achieve, still I see myself as a black-clad teenager with a stock keyboard and rather insane dream. To then presently work directly with individuals I once listened to and previously inspired by in younger years is a joy without measure. I myself, am nothing more that part of something far greater than myself, collectively carried by those I’m privileged to call colleges and even more-so, friends and family. All the imagination means little if a skillful hand cannot articulate and translate. It is my hope the music will speak to the talent and collective efforts more vividly than anything I can produce. For all those that contributed towards this mad endeavor, thank you for making a fool’s dream a worthwhile reality."

About Dark Star Records
Dark Star Records is a cutting-edge major label in association with Sony Music Entertainment. The Label was founded by Jeffrey A. Swanson in 1996 and has released over 100 albums worldwide. Many of our bands have topped the charts on radio, video, iTunes and Amazon sales lists. Their bands have been featured in movies, commercials and video games from around the World. Now, with the help of Lloyd Freeze Vice President of Dark Star Records, the label has been able to sign some of the best talent on the planet. And, with the skills of our talented staff we have been able market our artists to all of the latest platforms and retail outlets around the globe.

About DiAmorte
DiAmorte is a Theatrical Metal Production with operatic and live visual elements, presenting the stories of the albums as a live experience. It is musical theater for a modern age, linking the grandeur of the past with the savage orchestral and metal music of the present, imbuing new life into a genre often viewed as antiquated.

With extensive stage presentations that seamlessly meld with a one-of-a-kind musical, DiAmorte strives to make each and every show a must-see for many walks of life. From classic musical theatergoers to heavy metal enthusiasts alike, DiAmorte’s makes their productions accessible, fulfilling visual and musical desires in one complete experience.