You can stream "Fire" and pre-order "Yesterday's Gone" at:https://smarturl.it/jcbyesterdaysgone

In 2001, Jeff Carlson was diagnosed with Ulcerative Colitis, as well as Crohn’s disease. He had fallen ill, and was rushed to the hospital to have emergency surgery, where he actually died for almost three minutes on the operating table. He then underwent four more surgeries, and still continues to deal with both of these diseases today. Carlson says, "I thank God every day that I'm above ground, because life is too precious not to do what you love.  This new record was written for everybody out there who is faced with challenges that life throws at you, and you keep going.  It's like one of my heroes Rocky Balboa has said-"life's not about how hard you get hit...it's about how hard you get hit and keep going!" "Yesterday's Gone" was written with that frame of mind....hope.  I struggle every day with my disease, so even though I have it, it doesn't have me or my drive to what has gotten me to this point in my life."

The Jeff Carlson Band, Las Vegas Nevada's heatwave of Melodic Hard Rock announces their debut album "Yesterday's Gone." The idea for the new album "Yesterdays Gone," was first consummated in February of 2020. With Covid 19 in full-swing, the writing and collaboration stretched into July and the recording into November, but the pandemic had deeper effects, ingesting itself into the band's songwriting. The songs not only touch on the pandemic but also the political issues that manifested, mixed with personal issues that Jeff was going through at the time. There was plenty of raw emotion to build off of and the album reflects that emotion. With tracks like "Yesterday's Gone" and "American Dream," the band brings to light what we are all feeling in these times of uncertainty and touches the sensitivities that encompass us all.  The major theme of the record is what Carlson referred to as hope in a world that needed more light instead of darkness.

Jeff  Carlson exudes enthusiasm about the new album and the first single:

“Fire” was a labor of love that I wrote lyrically about my wife and we really worked hard to make the music heavy with a groove to it. We worked it up with three or four different structures, but in the end, we really liked the way the final version came out.”

“The album, “Yesterday's Gone,” originally started out as an E. P., but once Covid hit, we all stopped playing so we decided to make it a full-length record. We really took our time and made sure we put in the time for the detail work to really shine on this record. I wanted to write lyrically about what was going on in the world during the pandemic as well as I thought it was really important to write about hope rather than everything being so bleak. At the end of the day, we are really proud of this record because we all gave 110% to make it as great as we possibly could make it!”

“We just wanted to write a driving song with a groove. We spent a lot of time on the detail work especially on the backing vocals and some fun old school surprises too! Aka: Theramin.”

“I am extremely proud of the final product that the Jeff Carlson Band has delivered. 2020 was an extremely difficult year with no live shows to be played a lot of artists did not know what to do. This band took 2020 and turned an EP into their first, full-length album. Jeff played live stream acoustic shows nearly every week while the band was writing and they all stayed focused. Their hard work and commitment are reflected on this album. This is a band that has taken the next step and is now a professional band that is a force to be reckoned with.”

For fans of Tesla, Journey, KISS, Dokken, etc..., there are plenty of influences to describe what these guys are all about. The band delivers a high dosage of hooks with their melodic hard rock style that taps into the glory days of the late ’80s and early ’90s and pulls that energy into the new Millenium. With heavy guitars, high-energy melodies, and a heart-pounding backbeat, JCB blast the arena rock style into the spotlight and into the ears of today's hard rock fans. 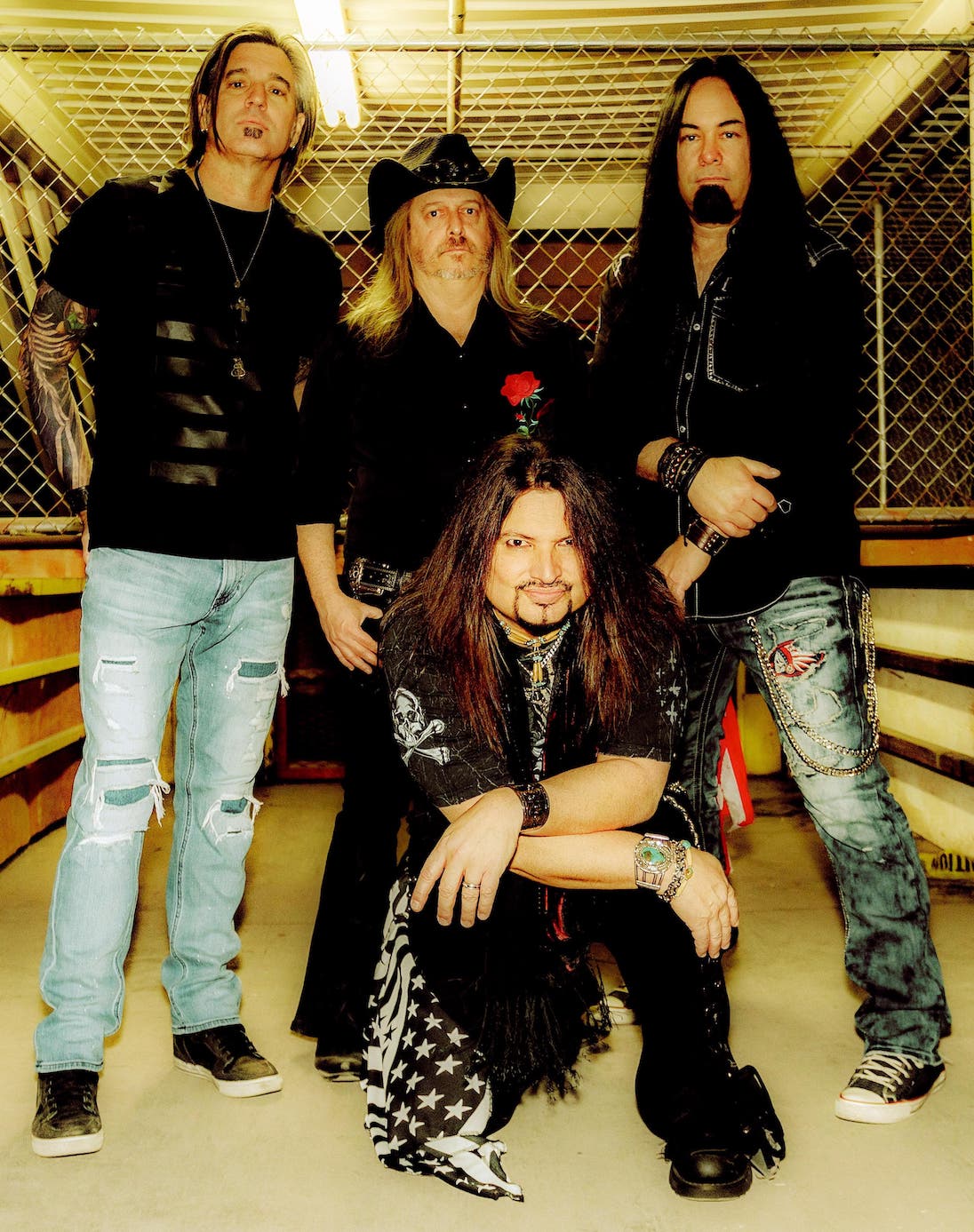